September 18th in Club Penguin History takes us back three years to 2009. There were two updates on this day, both having to do with catalogues, and even more specifically, igloo catalogues. The furniture and igloo catalogues were updated.

Starting with the igloo catalogue, the Jack O’ Lantern igloo was re-released in this catalogue. That was the only addition compared to the previous igloo catalogue. As for the furniture catalogue, it featured both some back to school items and a few miscellaneous/Fair related items, although there was not too much of a selection to pick from back in 2009 compared to now. 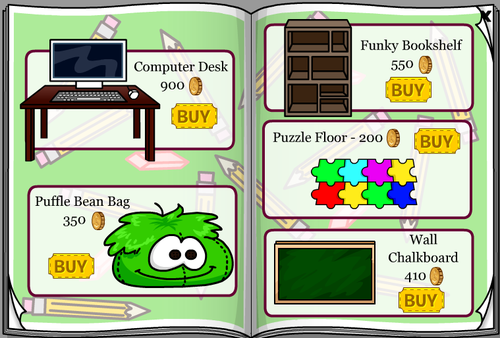