Earlier today I posted about the new Club Penguin Parent Update for this month. Shortly afterwards I was told by @IJamesCP on Twitter that he got one that had a free membership code (7 days) instead of a section on bullying, which you can read in my original post. 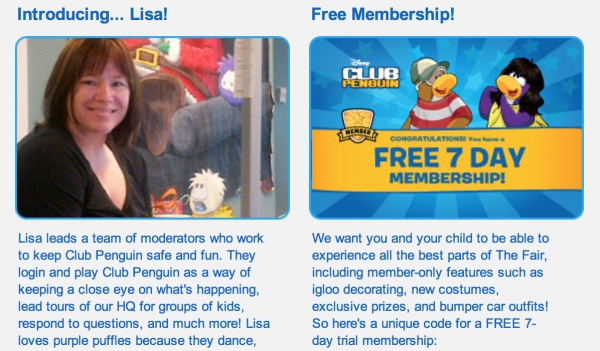 This is not the first time Club Penguin has mailed out a free 7 day membership, as last month during the Adventure Party: Temple of Fruit some lucky penguins were sent a free code to redeem.