Club Penguin has released a new newspaper, for the 21st of June. This is the twenty fifth issue of 2012 and brings us to a total of 348 published newspaper issues.

The main headline is this week’s newspaper is about the superhero and super villain showdown continuing. 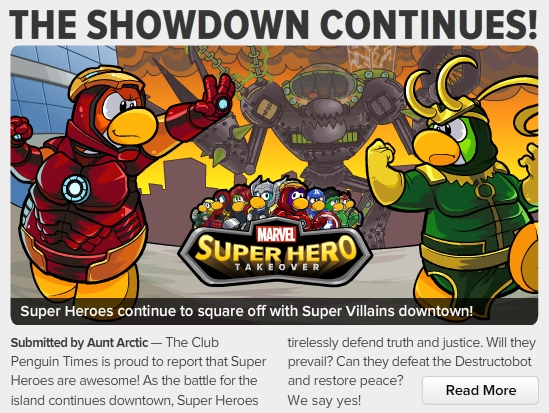 The second article in this newspaper is about citizens standing up to villains. 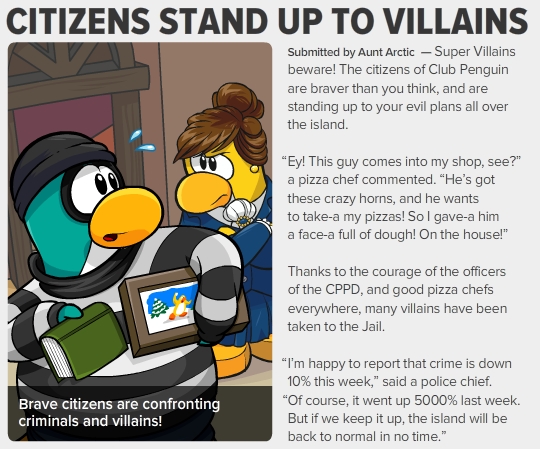 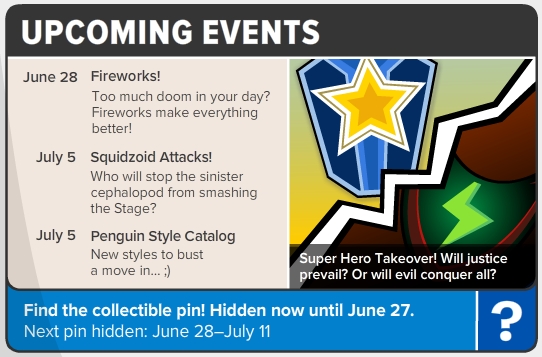 The back is the villain section for the second week in a row.