The Marvel Super Hero Takeover is nearly here on Club Penguin, and like always I have compiled all of the information I’ve posted into a single post for you to reference. Obviously this post will contain many spoilers, so if you would prefer to be surprised tomorrow when the party is released, then stop reading! If you’d like to know many things, then continue on!

This party runs from June 14th to July 4th. This is three weeks, an exceptionally long party. Originally it was going to be two weeks long but I guess Club Penguin loved it so much. After all, the team put in double the hours into this party than they normally do, as Lane Merrifield (Billybob) stated. That’s pretty amazing.

Here are the rooms I have images of. The entire island is a city. 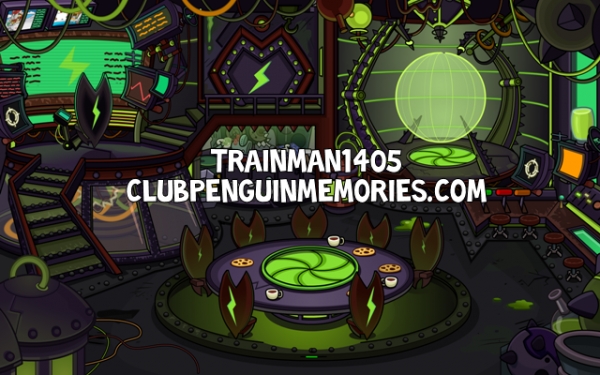 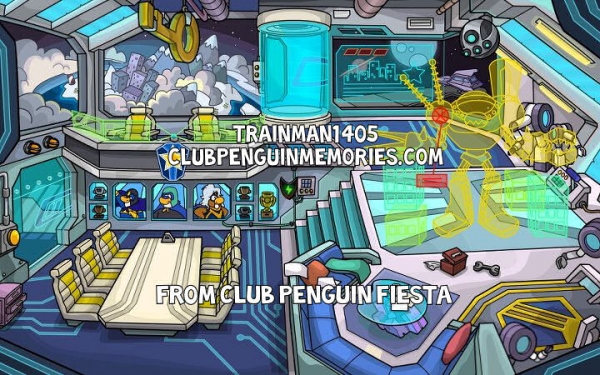 Rooftop: (I think this is the Downtown Showdown) 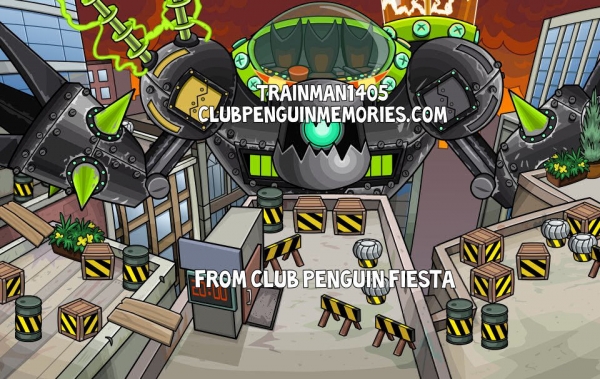 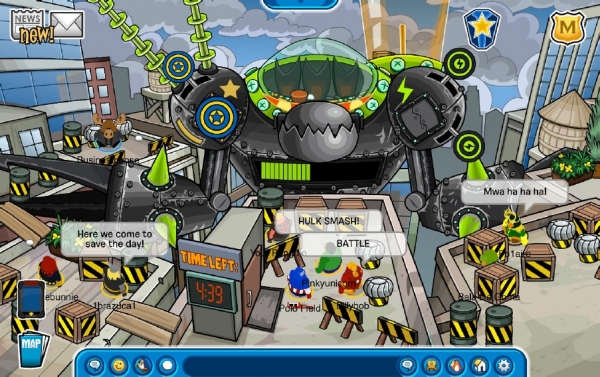 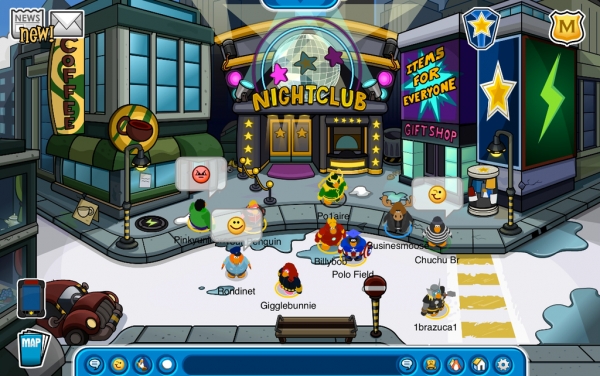 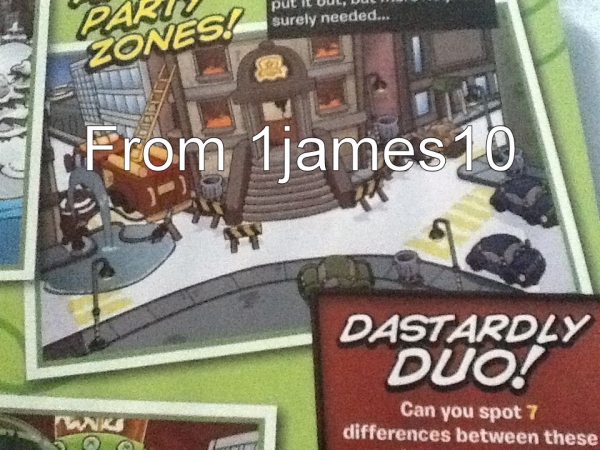 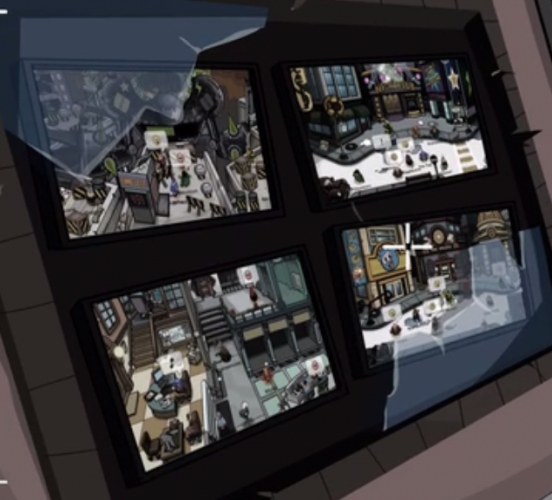 A mysterious glowing Meteor has crash landed on to the Dock on Club Penguin!

There’s a fire at City Hall. The brave citizens are trying to put it out, but more help is surely needed…

The Destructobot is the greatest tin-can terror of them all! Super Villains get to pilot this giant robot, whilst the Super Heroes have to work together to deactivare it!

This is where the bad guys and gals plan all their evil deeds. You will have to decide which team you belong to!

Many other rooms and spoilers are in Club Penguin’s video commercial:

Here are all the items that will be released:

Backgrounds (all for everyone)

Here are pictures of some of those items: 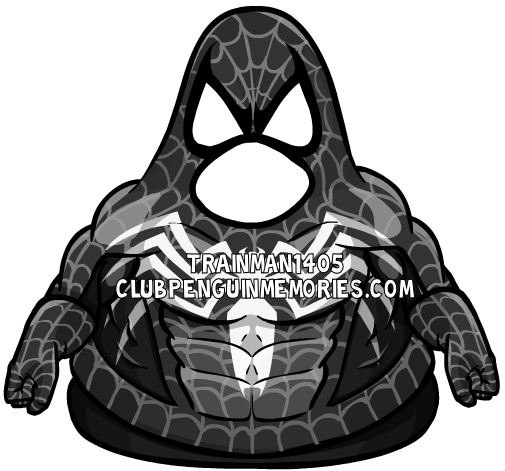 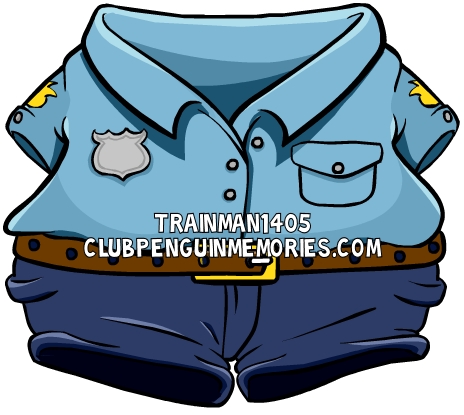 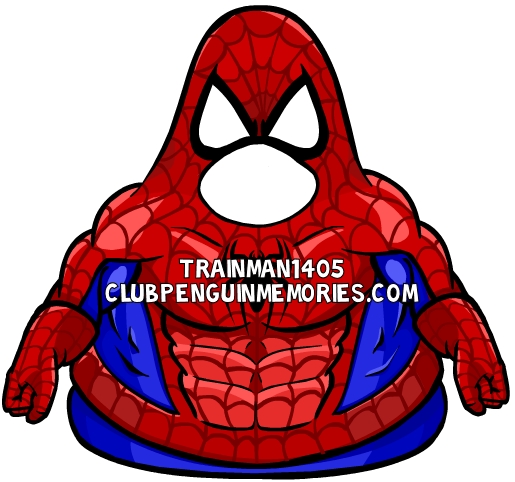 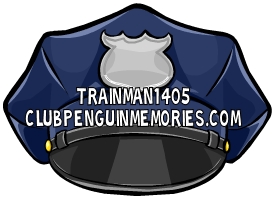 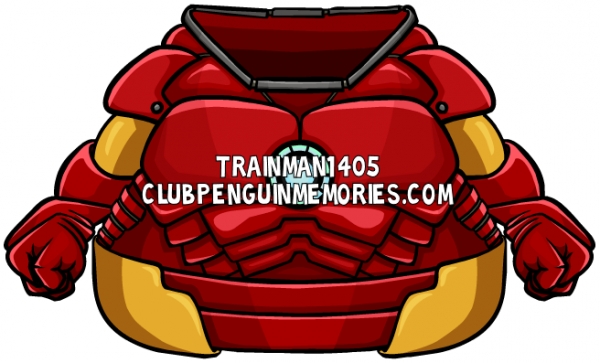 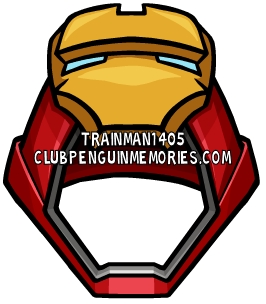 As you can see in the item list, Aunt Arctic will have a new background. She will be waddling around this party! Here are all of her prewritten messages, giving party hints:

Alright folks
Attention everyone
Gather up
Let’s get to work
Good day
Hello
Hello everyone
No time for formalities
Step into my office
Let’s get this show on the road
What’s the news?

Lead the way!
Follow me, everyone!
This way, everyone
Come this way
Run!
Shh!
Let’s sneak inside…
Let’s get closer…
Excuse us officer!
We’re with the press!
You can’t stop us, Super Villains!
Look lively!
Let’s go go go!
To the Snow Forts!
Let’s go downtown
Follow me!
Make way!
Quick!
Back to the Club Penguin Times!
Members, follow me!
Follow me to the Jail!
Follow me to the Bank!

Look out!
Incoming Destructobot
Go Super Heroes!
You Super Villains don’t stand a chance
Watch out!
The countdown has started
Don’t give up Super Heroes
You’re the city’s last hope!
The pen is mightier than the sword…
And laser beams!
I hope…
Oooh, that Destructobot…
He makes me so mad!
Pick on someone your own size!
Aim for the Destructobot’s weak spot
Use your super powers!
Hey Super Villains!
You should take a break
You look sort of tired
Why not join me for a cup of tea?
What can I do to help?
I know!
I’ll distract the Super Villains!
Hey Super Villains over here!
I’d like to ask you some questions
Just ignore the Super Heroes
What made you want to become a Villain?
What sort of super powers do you have?
Are you planning on taking over the city?
Do you have a secret weakness?
What’s your secret weakness?
Don’t worry, this is off the record…
Have you considered becoming a Super Hero?
I think you’d be a better Super Hero
Oh no!
The Super Villains won
Look out!
Oh my…
Look at all the damage
Is everyone alright?
Back on your feet Super Heroes!
Let’s start repairing the damage
When life gives you lemons…
…Smile!
Because hey, free lemons!
…Make lemon cake!
…Squeeze them!
And make lemonade
Ha ha!
Grow a lemon tree!
You only fail if you give up
You Super Villains are the worst!
You’ll never get away with this!
I hope you’re happy
Laugh while you can
Good always triumphs over evil
Turn away from the dark side!
Use your powers for good!

May I interview you?
May I ask you some questions?
Hey!
I’ve got some questions for you!
Citizens want to know the truth!
For the newspaper?
Excuse me!
Are you a Super Hero?
I’ve got some questions for you
I have some questions for the newspaper
Brilliant!
Perfect!
Alright, first question…
Here’s my next question…
One last question…
What made you become a Hero?
Where did you get your powers?
Did you make your costume yourself?
What is your secret identity?
Just kidding!
Do you read the newspaper?
Oh good
Hmph
Why not?
What powers do you have?
Do you have a secret fortress?
Have you defeated any Super Villains?
Are you afraid of spiders?
Capes – yes or no?
What made you want to become a Villain?
What sort of super powers do you have?
Are you planning on taking over the city?
Do you have a secret weakness?
What’s your secret weakness?
Don’t worry, this is off the record…
Have you considered becoming a Super Hero?
I think you’d be a better Super Hero
Have you been on Rockhopper’s ship?
Have you sent me a question?
Have you sent me a joke?
I receive so many each week
It is so tough to choose
You never know!
I enjoy classical music
My favorite animal is a puffle
I prefer puzzles…
…and crosswords!
My hobbies are writing and reporting
I also enjoy knitting
Thank you for asking
How are your puffles?
Would you like to interview me?
Absolutely!
Please do!
Yes
Yes I believe that strongly
I like all the costumes very much
No
No I don’t think so
Thank you for your questions
You are an excellent reporter

I would be pleased to give an interview
Did you have a question?
Yes
Hmm, I think so
Hmm, I don’t think so
Hmm, I don’t know actually
Probably not
No
Oh, I would love to be your friend
Please add me as a friend
Do you have my background yet?
Do you read the Club Penguin Times?
Do you enjoy the newspaper?
Do you mind if I interview you?
I have too many favorites to say for sure
I like fluffy animals
Have you tried the tea?
My favorite games are Find Four and Mancala
I enjoy treasure hunting too

Take care out there everyone
Stay safe
Good work everyone!
See you again
Keep up the good work
I need to go
I need to go write my column
Good luck!
Cheers!
This paper looks fantastic!
Thanks for all your hard work 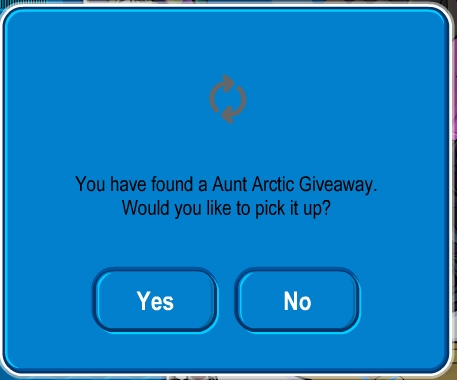 (I do not know what the new background looks like)

It is also worth noting that Screenhog composed the music for this party, so that is pretty cool. Two songs.

You can also check out a picture of the catalogue and some of the items on playercards in this post. Billybob also said some pretty neat stuff about Marvel in the article.

Finally, I recommend you check out Club Penguin’s special Marvel page. Check back here at Club Penguin Memories when the party is released!