Club Penguin has released a new newspaper, for the 29th of March. This is the thirteenth issue of 2012 and brings us to a total of 336 published newspaper issues.

The main headline is this week’s newspaper is about the April Fool’s Day Party. 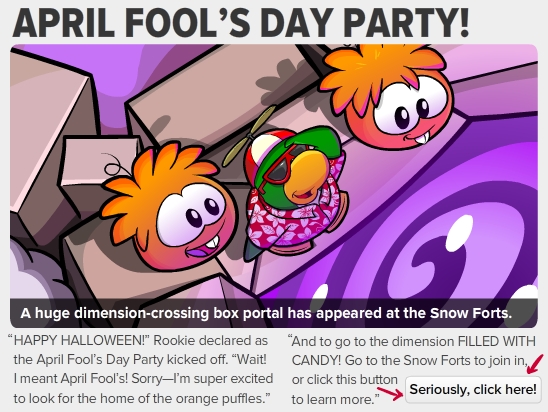 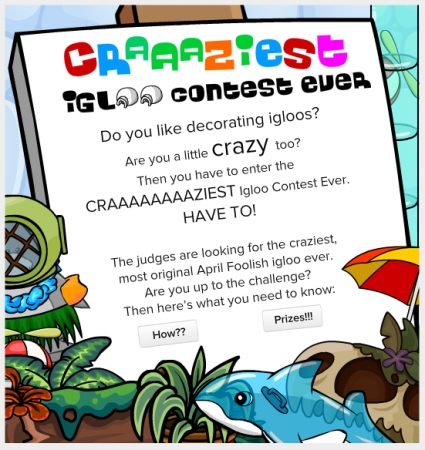 These are the prizes for the winners – I wonder what the rare igloo items are? Now I really want to win! 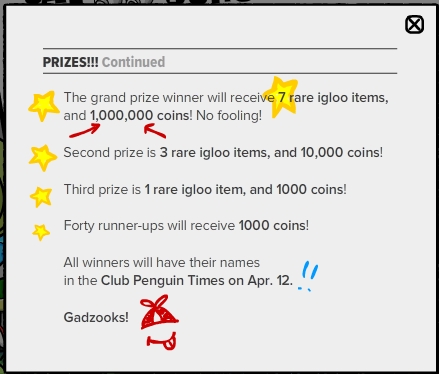 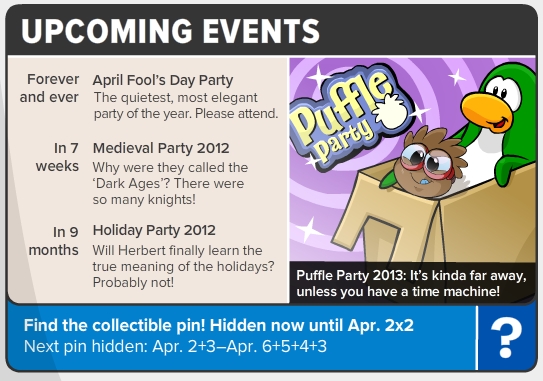