Club Penguin has started to email their December 2011 Parent Update! In fact, I’ve already received mine. It looks like my exclusives were wrong (aside from the header) but you still get the point. It talks about the Disney Parent App which was first released in early this year and available to the public in late August. It also talks about Coins For Change and the global community, giving some quick testimonials. You can read the full newsletter below: 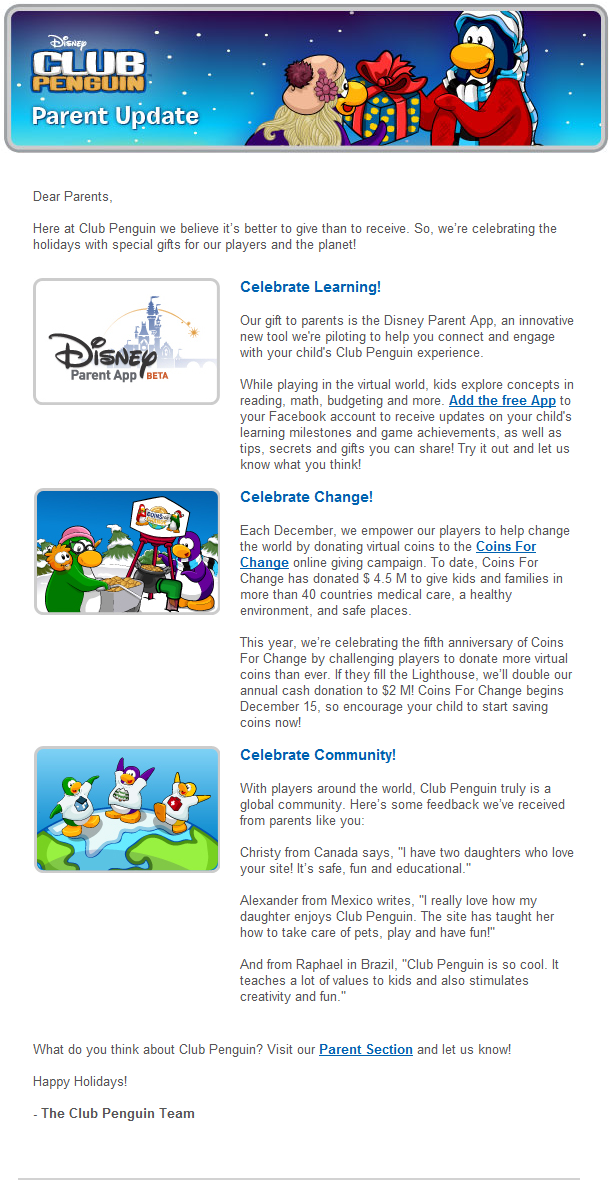 Update: For whatever reason, Club Penguin is also sending out a variant of the email. Instead of talking about the Parent App it talks about the different presents at the Forest during the Holiday Party. (Special thanks to Calicho for this) 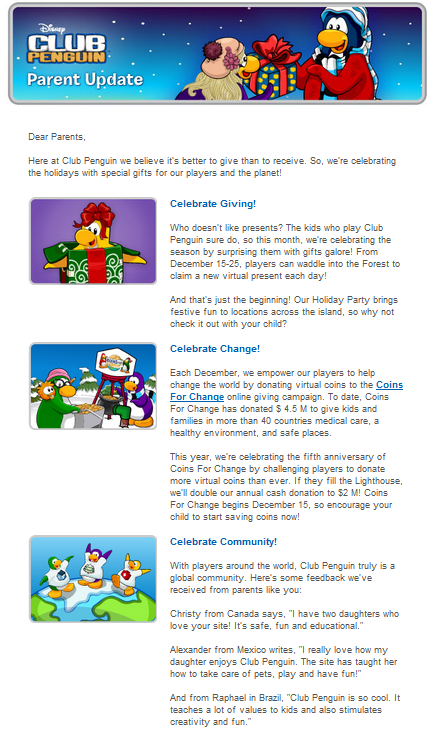