There has been some rumors going around lately that Club Penguin is extending the Music Jam due to their website issue that happened earlier in the week. Some penguins were saying it was going to end July 5th and a few others said it was going to end July 5th. I decided to email Club Penguin to get some confirmation. I was told it’s extended until July 4th – an extra 9 days! Normally it would be ending today. Here is the email where they stated the end date:

Because of this, hopefully Club Penguin updates the date on their login screen for the Music Jam. ;) 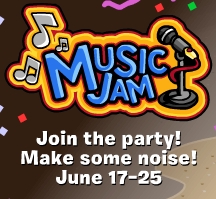 How cool would it be if they added another item during the party extension?!