Several days ago when Bits & Bolts was released, a penguin named Gutex was on Club Penguin in the server Mammoth up in the Dance Lounge. He was caught by surprise when he caught Club Penguin Moderator & Staff Member Happy77. Word quickly spread about it. In fact, Wiibob7975 took a picture of her playercard when she was on. Take a close look at her outfit: 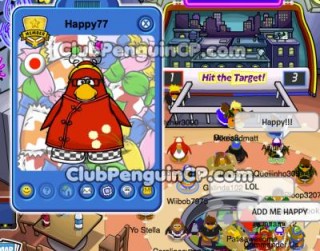 Now the other day, a new Reviewed By You was posted by Billybob….or was it by him? Take a look in the bottom center of the picture. That’s Happy77’s exact outfit, and the username is cut off. Where else could the penguin taking the screenshot be? 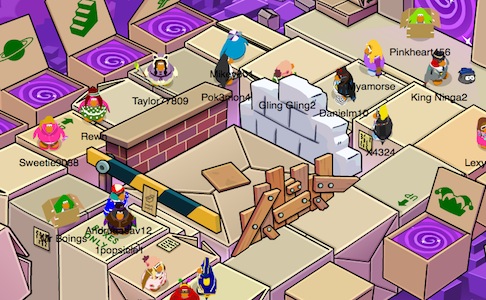 Is it Happy77 who is blogging under Billybob’s username on the Club Penguin Blog? We might never know, but in addition to that I have one final piece of evidence. Take a look at this tweet from Rsnail. He said Happy77 was Club Penguin’s first writer. Blogging is pretty much writing.

Do you think Happy77 blogs under Billybob’s name from time to time, as well as hers when she does the interviews or talks about something?

One thought on “Is Happy77 Blogging Under Billybob’s Name? [Theory]”