Today I’m launching my “On This Day In Club Penguin History” that I posted about a while back. Around two to four times a week I’ll post something that happened on Club Penguin on this day at some point in Club Penguin’s history.

On This Day In Club Penguin History – March 31

I quickly took screenshots of all the rooms. (except the Box Store, since I didn’t know the swf for it – I don’t think it was out yet) 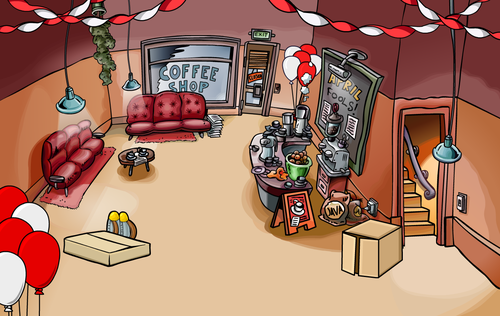 I then passed the pictures to Lux1200, a good friend of mine who posted them on his blog. Word about the party being released early quickly spread, however it was later taken down until it was meant to be released.

Speaking of parties released early, the 2008 Pirate Party was accidentally released on Club Penguin a few hours early, too! After an hour or so it was taken back down.