On the 2nd of May Club Penguin has updated in 2008 and 2013. In 2008 new clothing and wig catalogues were released. In 2013 a new pin was hidden, a login and logoff screen advertising Card-Jitsu Snow was released, there was an update at the Marvel Superhero Takeover, and the 17th issue of Club Penguin’s magazine was now available in the United Kingdom. Also, there is a noteworthy video from Club Penguin that was released on this day in 2012.

A long time ago wigs had their own separate catalogue rather than being a part of the penguin style, so on this day in 2008 there was a new clothing catalogue and also a new wig catalogue. May 2008 was when Club Penguin had their first ever Medieval Party, so the theme of the new items in the clothing catalogue was medieval times. 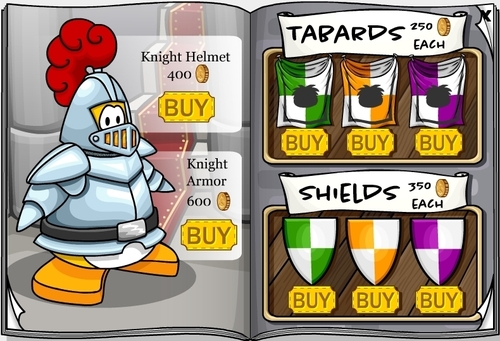 Some of the new items were the Dragon Costume, Royal Robe, and Queen’s Dress. The wig catalogue, on the other hand, contained several new wigs such as The Firestriker.

While not an in-game update, Club Penguin released their Puffle Trouble animated short on this day in 2012. Since its upload to YouTube it has amassed over one million views, making it one of Club Penguin’s most viewed videos.

As for this day in 2013, the first update was a new pin, the Paper Lantern Pin, being hidden. This pin is Club Penguin’s 243rd pin and is the third and final pin to be hidden at the Recycling Center, as this room no longer exists after being replaced with the school in July 2013. 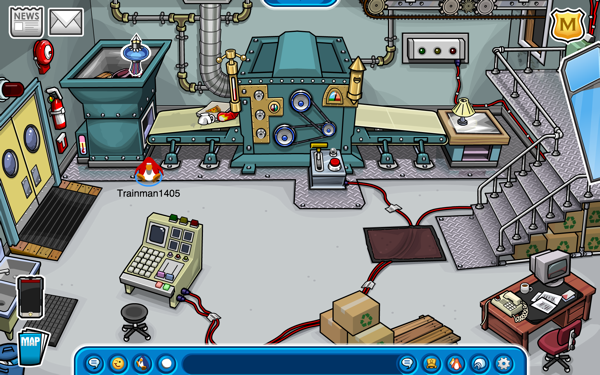 Another update on this day in 2013 was a new login and logoff screen advertising Card-Jitsu Snow. It featured Sensei and read “Prepare – a storm is coming…”

The final in-game update on this day in 2013 has to do with the Marvel Superhero Takeover. The eighth and final robot was now available to be built and destroy the island. Members could also get the Telekinesis Power Gloves.

While not an in-game update, on this day in 2013 the 17th issue of Club Penguin’s magazine was now available in the United Kingdom. This particular issue’s main focus was ninjas.