On the 20th of February Club Penguin has updated in 2009 and 2014. In 2009 the furniture catalogue was updated for the month and that year’s Puffle Party began. In 2014 that month’s event, the Fair, began. A new pin was hidden on the island, too.

In the February 2009 furniture catalogue there was an assortment of miscellaneous items such as the Ironing Board, Astro Barrier Poster, and Puffle Posters. As for the Puffle Party that began on this day that year, it was Club Penguin’s first ever one. Nearly all the rooms on the island were decorated with the theme of each available puffle colour. This was also when the first sightings of the White Puffle were reported. The white puffle was spotted in rooms such as the Dojo Courtyard. 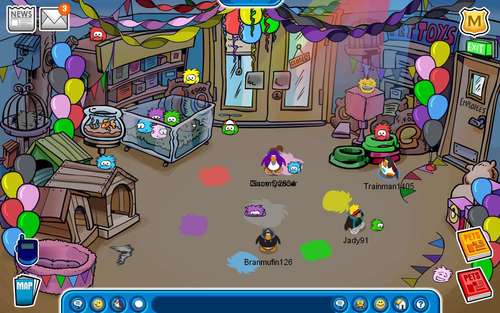 As for 2014, on this day that year Club Penguin’s Fair event began. Unlike previous Fairs, this one took place away from Club Penguin in a special area put up only for the party. The area was called the Amazement Park. The Amazement Park was broken into three sections: pirates and mermaids, the wild west, and outer space. Like the many other Fairs on Club Penguin, you could play carnival games for tickets which could then be redeemed for items at the prize booth. Rookie was waddling around during this event with a new giveaway background. The Penguin Band was at the party too, however you could not meet them. Instead, they performed in a room and you could click on them to get a free background. There was also a daily spin, with prizes such as pins, backgrounds, and coins. 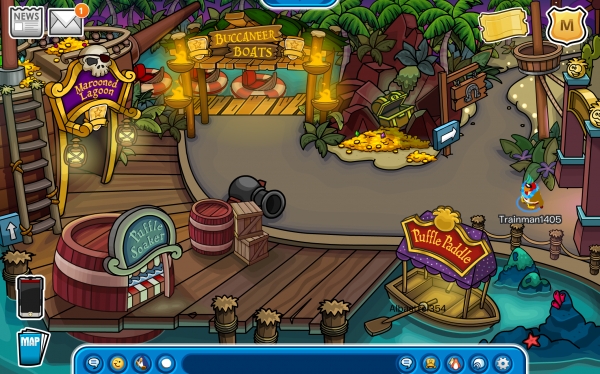 Aside from the Fair, the only other update in 2014 was a new pin. The Space Cart Pin was hidden at the Pool. It is Club Penguin’s 269th pin overall and is the eleventh pin to be hidden in that room.