The field op mission released on the 16th of August in 2010 was the tenth one. You had to go to the Coffee Shop and complete the mini-game by powering up the chipset, which was done by guiding the micro battery.

That’s all for 2010. In 2011 there was only one update too, except this one wasn’t inside the virtual world. Instead it was on Club Penguin’s Beta Team. The Space Trader and Laser Command items now worked, as when they were first added they didn’t load.

In 2012 there was a lot of updates, however most were minor. The biggest update that day was a new field op, the 95th one overall. You had to go to the Mine Cave (now known as the Gold Mine) and complete the mini-game by destroying the circuits.

The rest of the updates had to do with the upcoming Temple of Fruit Island Adventure Party. Rockhopper was closer in the telescope as he was coming for the party and new login and logoff screens were added to advertise the party. 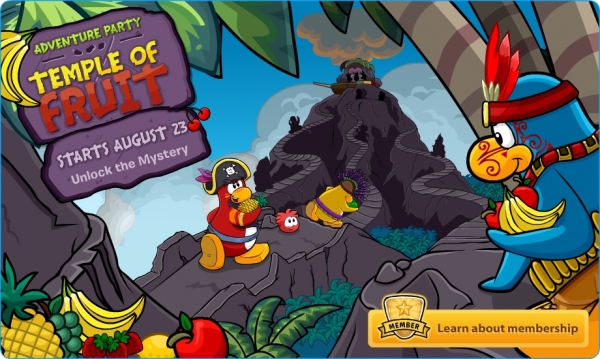