On the 17th of July Club Penguin has had some updates in 2009, 2013, and 2014. In 2009 the Music Jam began, a new pin was released, and the furniture and igloo catalogues were released. In 2013 Cadence’s new song was now available for sale, plus she was waddling around the island. In 2014 the Music Jam began and SoundStudio was released, replacing DJ3K.

The 2009 Music Jam is Club Penguin’s second one. There was one free item at this party, which was the Green Headphones. They could be picked up at the Cove. At the party you could meet the Penguin Band and collect their giveaway background. Cadence was also at this party. 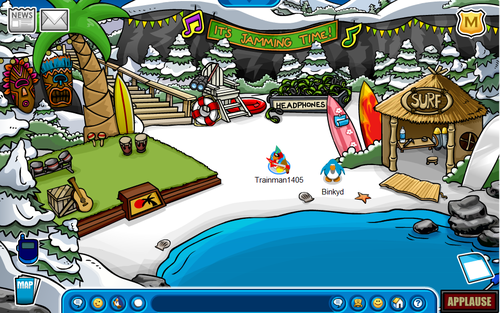 Moving on to 2012, both updates that day have to do with Cadence. Her new song, The Party Starts Now, was now available for purchasing on iTunes, Amazon MP3, and Google Play. To celebrate she began waddling around the island.

In 2014 Club Penguin had another Music Jam, although much different compared to the previous ones. This one didn’t take place on the island, but rather a cruise ship. At the party there was different performers on the ship such as Cadence, Violetta, and Zendaya. This party also marks the launch of SoundStudio, a game that replaced DJ3K. A new login screen and logoff screen advertising SoundStudio was also added. 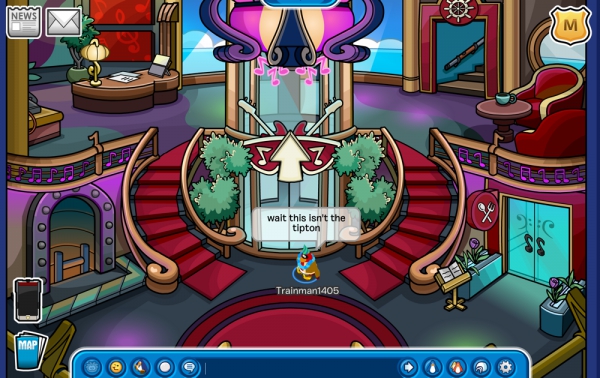