On the 16th of July Club Penguin has only updated in 2010. That year some of the updates were related to the Music Jam. In addition to that there was a new pin and the furniture catalogue was updated.

The 2010 Music Jam had begun a week ago, and for the first week the Penguin Band was performing at the Iceberg. When Club Penguin updated on this day in 2010, however, a sign was put in their spot saying they were on break. This meant the band was now waddling around Club Penguin and could be met. Thanks to Fimim for letting me use his image! 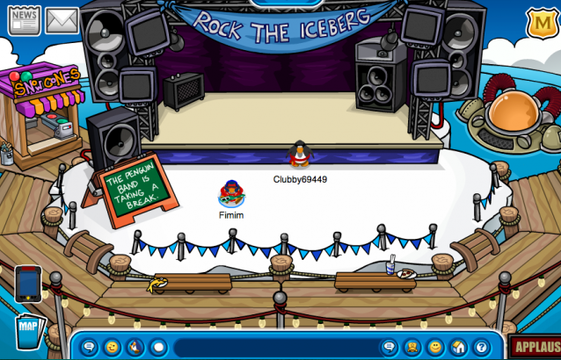 The other Music Jam related update on this day in 2010 was Club Penguin updating the instruments catalogue, a special catalogue just for the party. (Back then the catalogue wasn’t permanently available at the Lighthouse) The Tambourine and Orange Double Necked Guitar items were added.

Another update in 2010 was a new pin, the Tambourine Pin. This pin is Club Penguin’s 129th pin and could be found at the Lodge Attic. This was the eighth pin to be hidden in that room. 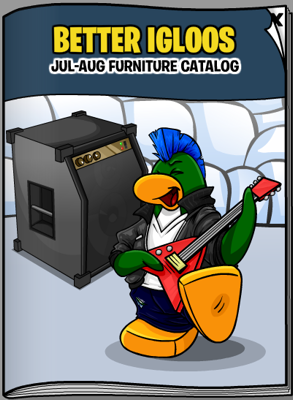