Along with all of the big updates on Club Penguin yesterday, as usual there have been a few minor ones. This week’s minor updates include holiday postcards being added to the game, the ability to adopt more Puffles, and pay day. The featured postcards page now lists four different postcards, with three of them being holiday related. The featured postcards this month are Your Biggest Fan, Thanks for the Gift, Coins For Change, and Donate. 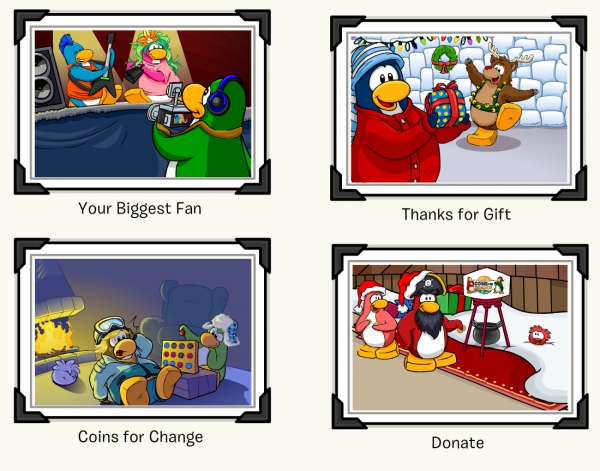 Now that Puffle Wild is released worldwide members are able to adopt up to 75 Puffles. Imagine having to take care of that many! 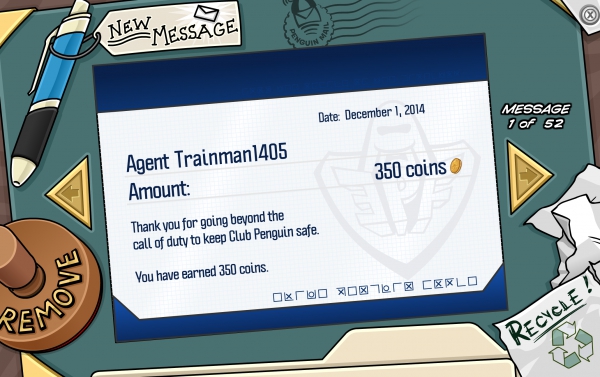