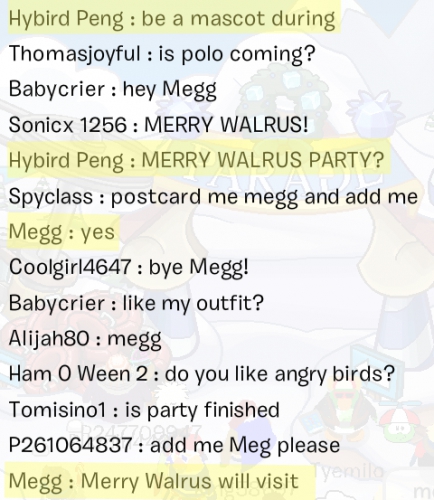 Who is Merry Walrus exactly? He is the Club Penguin version of Santa Claus. Rather than another Holiday Party this year, Club Penguin will be celebrating the holidays a different way this year – with their own winter holiday called Merry Walrus! Filled with wacky traditions, Merry Walrus will definitely be a fun party to remember. The Merry Walrus party starts next week, on Thursday the 18th of December. Along with the party Coins For Change 2014 will also begin.

If you’re interested, here is a video of the meetup filmed by Pen50gi: