It’s now the 19th of December! As a result the second task for the 2014 Merry Walrus Party is now available. Today you need to throw food 10 times at the Festive Fluffy Feast Food Fight. Try saying that 5 times fast! 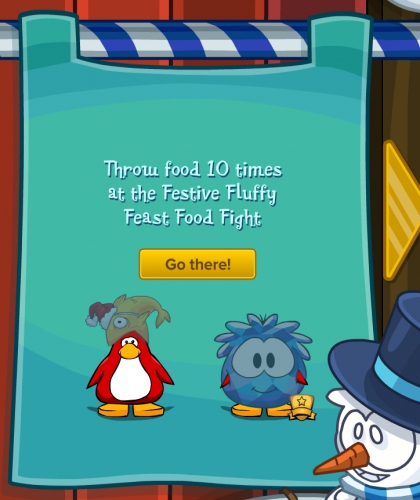 Go to the Beach.

You need to throw 10 snowballs, which will make your penguin throw fish around. After you do that 500 coins will be donated to Coins For Change in your name.

Check back tomorrow for the December 20th task!