On the 23rd of November in 2007 there were two updates. There was a Surprise Party, the Western Party, and also a new pin. Two weeks prior to the party, in Club Penguin Times Issue 108, penguins could vote in a poll saying which party they wanted. The party that received the most votes would be November 2007’s party. There were also updates in 2012 and 2013. 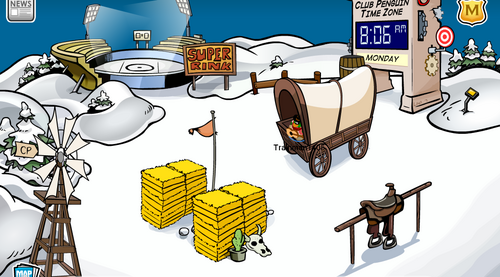 Along with the party there was a new pin, the Needle Pin. The Needle Pin is Club Penguin’s 47th pin and was the first pin to be hidden at the Cove.