Along with all of Club Penguin’s other updates this week there have also been some minor and slightly noteworthy ones, specifically two. The bigger of the two would be all the advertisements for the upcoming Pirate Party, which begins November 20th and ends December 3rd. At the party we’ll be able to battle crabs for loot, both on the computer and on Club Penguin’s mobile app. There’s a new logoff screen to advertise it: 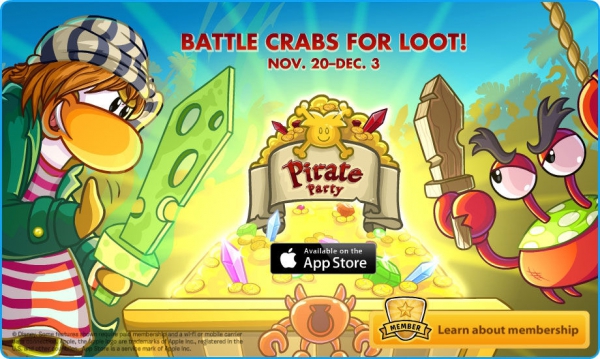 Also a new login screen to advertise it: 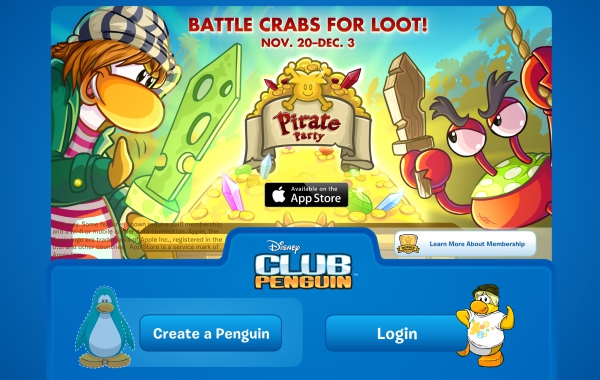 Also, on Saturday it was Pay Day: 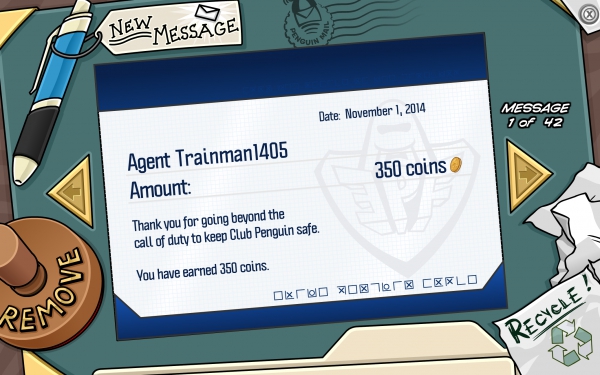