It has been some time since Ninja last made a post on Club Penguin’s blog, so tonight he made a new one. Just like a true ninja he said absolutely nothing. His post contained no words, only a image of next month’s Pirate Party 2014.

This is the Pirate Party 2014 image that Ninja posted. You can see clouds and mountains in the background, some palm trees on the left and right, and of course a pirate flag with the Puffle skull and crossbones. What room do you think this image is from? 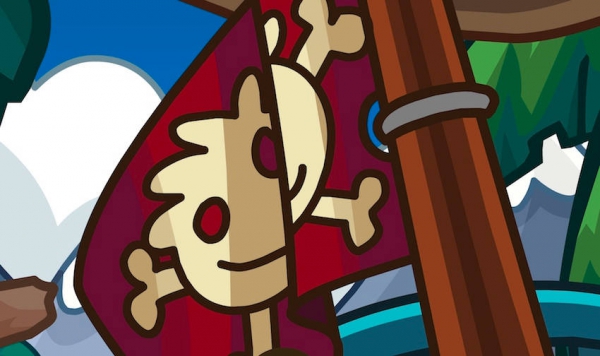 Without a doubt we’ll hear more news about the Pirate Party 2014 within the coming weeks. The party is expected to launch on November 20th. Stay tuned for more sneak peeks and other party information in the future!