On the 12th of August there were updates in 2011. The updates were a new pin and a new furniture catalogue. Outside of the game the team uploaded a new video to their YouTube Channel.

The new pin was the Checkered Flag pin and could be found at the Cove. It was the eighth pin to be hidden in this room. It was to the right side of the lifeguard chair.

As for the furniture catalogue, the theme of the new items was skating and snow, with an assortment of ramps and other related items. 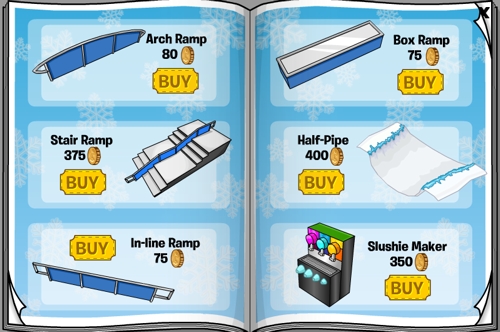 Rockhopper and his Puffle Yarr visited the island in late July so a video was produced to highlight the celebrations.