Battle of the Ancient Shadows has returned to the Stage on Club Penguin. This is Club Penguin’s third showing of the stage play. It first premiered on November 24, 2011 then returned on May 9, 2013. The set is the same as usual. By the way, I meant “boo” as in “boo I’m a ghost and want to scare you” and not “boo, this play stinks”. :p 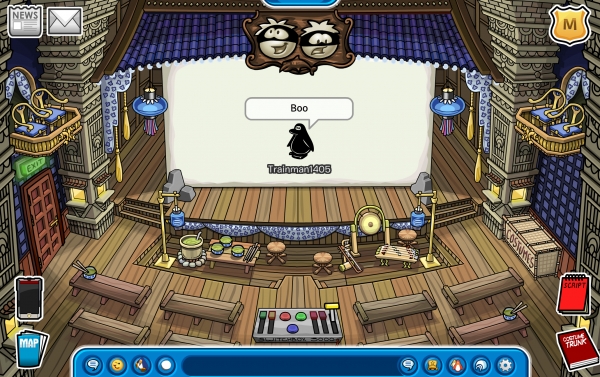 The only difference in the catalogue for this showing is all the price tags now have the member badge on them and the text is less centered and even outside the boxes…which annoys me. :P You can click the monkey’s left arm for the Megaphone (145 coins) and the Director’s Cap. (250 coins) 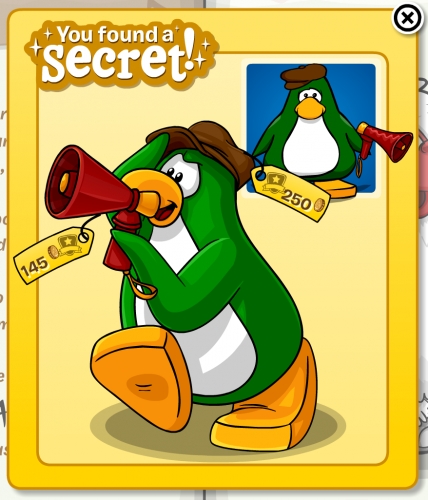 I wonder why Club Penguin added this play instead of Quest for the Golden Puffle? April is all about Puffles, after all…

5 thoughts on “Battle of the Ancient Shadows Returns”