Updates on the 30th of March happened in 2007! The second ever April Fool’s Day Party started and there was a new pin.

The 2007 April Fool’s Day Party was completely different than the 2006 one. The island had tons of boxes, each one doing something completely different. There were two free items, the Blue Propeller Cap at the Mine and the Funny Face Glasses were at the Beach. As for the pin, it was the Box Pin and could be found by hovering your mouse over the boxes at the Dock. They’d get smaller and smaller until the Box Pin appeared. 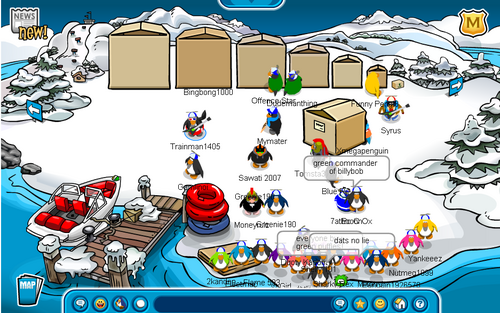 Fun fact, I took that screenshot around 7:00 AM at my neighbour’s house the day the party was released!