Club Penguin has released a new newspaper! This is their 20th of February edition. This is the eighth issue of 2014 and brings us to a total of 435 published newspaper issues.

The main headline is this week’s newspaper is about the Fair now ready for action! 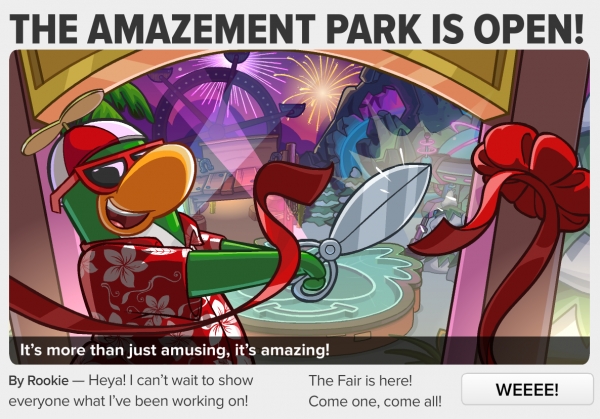 The second main article in this newspaper issue is a quick tour of the Fair by Tourdude. 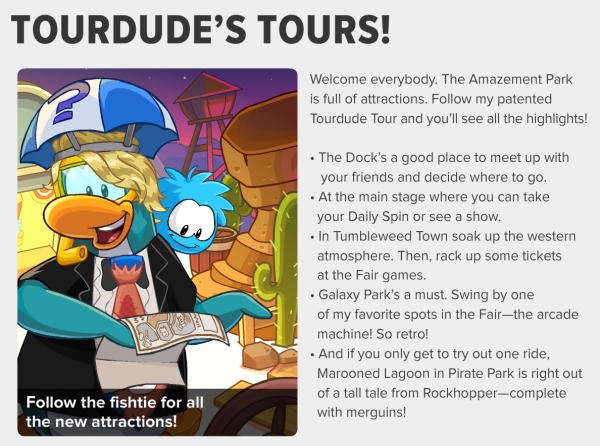 Instead of upcoming events at the bottom of the first page, this week it talks about island rumours. 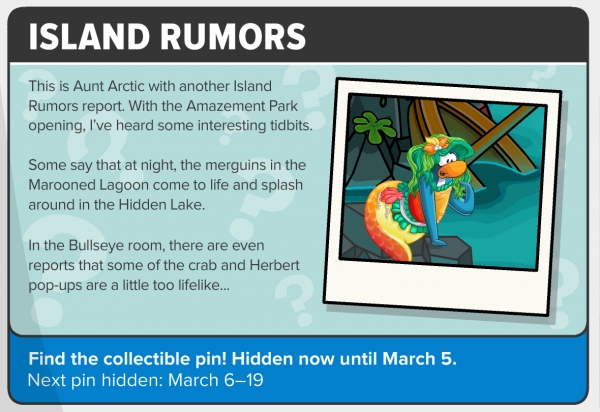 This is Aunt Arctic with another Island Rumours report. With the Amazement Park opening, I’ve heard some interesting tidbits.

Some say that at night, the merguins in the Marooned Lagoon come to life and splash around in the Hidden Lake.

In the Bullseye room, there are even reports that some of the crab and Herbert pop-ups are a little too lifelike…

One thought on “Club Penguin Times Issue #435 – The Amazement Park Is Open!”