In 2008 there were two updates. The April Fool’s Day Party began and a new pin was hidden! The 2008 April Fools Day Party has to be one of the most creative and best parties in Club Penguin ever. For April Fools Day, the Club Penguin Team made each room look completely different – from being upside down to being drawn by crayons, they did it all. Thin Ice and Astro Barrier were combined into one game for the party, too. It was called Thinicetrobarrier. In the Club Penguin Improvement Project Servers (CPIP) penguins were turned into Puffles! As for the pin, it was located at the Mine Shack – but to earn it, you had to connect the dots! I recommend you go to the links under the post to check out all the epic rooms yourself. 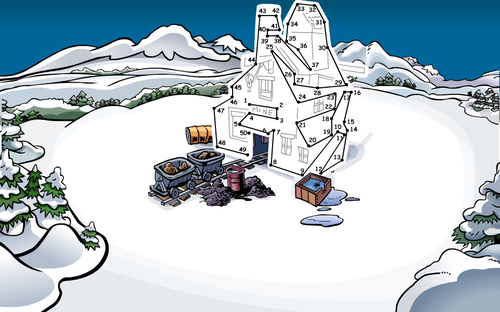 In 2011 there were several updates. For starters, Club Penguin’s 34th field op mission was released. The objective area was in the Cave/Pool room in front of the windows. The task was to crack the code by finding the correct symbol combination. The Rookie Stamp was also released, since he was waddling on Club Penguin. Finally, the Dance Lounge was redesigned into what it normally looks like now (see the links below for its old design) and also the Bits & Bolts arcade game was released. Supposedly one day the game will gain some stamps penguins can unlock, which would probably make it a bit more popular, too.