On the 19th of March there were several different updates! The biggest one was that year’s Penguin Play Awards. The 2010 Penguin Play Awards was the second one, with the first one being a year before in 2009. Mascots such as Aunt Arctic were waddling around during the event. At the Penguin Play Awards several stage plays were nominated to win awards and penguins could dress up all fancy and vote for their favourite ones, with the winner then being the next stage play. 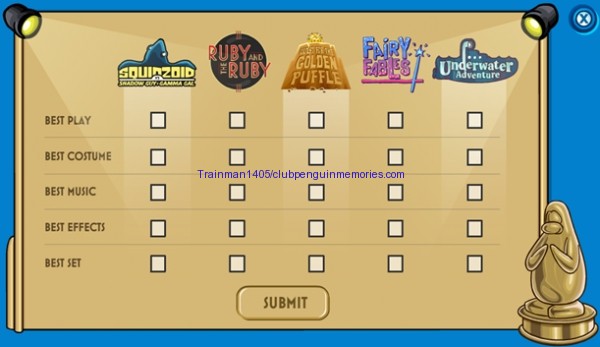 Aside from that, other updates included the postcards being updated, a new Penguin Play Awards login screen, and the Pet furniture catalogue being updated.