Happy February! There were three different updates on the 1st of February in 2008. The most minor update was Rockhopper departing the island after visiting. Aside from that, two new updates were added to the game. For starters there was the new pin, the Rowboat Pin. It was Club Penguin’s 52nd pin and could be found at the Lighthouse on the right wall under the Rockhopper Portrait.

The final update was a new clothing catalogue for the month. It featured new water wear for that month’s party, the Underwater Party. 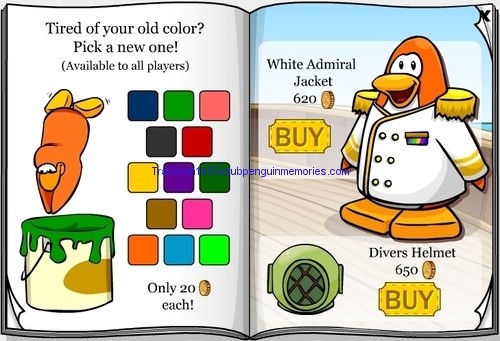