When is the Club Penguin Community redesign coming, you might have questioned recently? According to a quick tweet from Polo Field, the update may be released in just two weeks time on October 11th.

If you need a refresher, here are some sneak peeks we were given and some here too. The updates were originally planned to be released on September 6th but due to bugs was held off and we haven’t heard much since.

New community updates include a new look, faster navigation, the ability to reply to other blog comments, and more. Recently to prepare for the changes Club Penguin renamed ‘Community’ to ‘Fun Stuff’.

Also: The Pizza Costume from the You Decide Club Penguin Poll will be in the October 2012 Penguin Style. In case you were wondering. 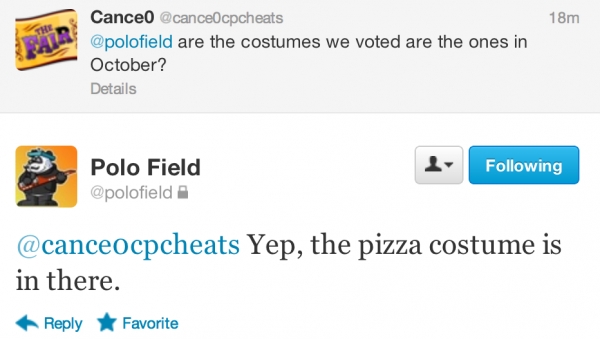