Some lucky penguins have managed to get ahold of the new Club Penguin magazine issue early it seems.

Here is the magazine in its packaging: 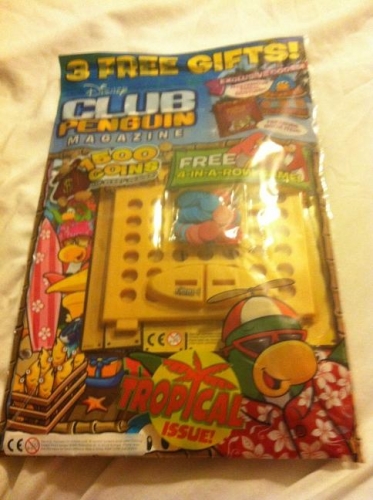 Here is the full cover: 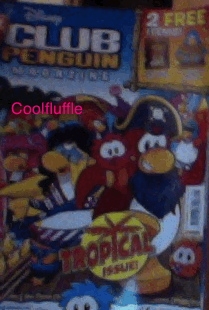 Special thanks to Happyblue128 and Aims3333 for the first picture and Coolfluffle for the second picture.

This issue, the 8th one to be released in the United Kingdom, is a special tropical issue. The issue comes with three codes to unlock 1,500 coins total, a free find four game (four in a row), a special unique code to unlock the Tribal Costume, and a code to unlock the treasure book item of your choice. Articles in this issue include Castaway Comic, Rookie Profile, a surfing puzzle, sea monster, and will also showcase penguins like usual. The issue is currently released in the United Kingdom, although as of posting this most shops are closed. (As it is 2:20 in the morning there.)

Be sure to check back tomorrow for a full writeup on the new magazine issue to see what it includes! It’s definitely possible that Daffodaily5 will be making a post about it on the Club Penguin Blog alongside the release of the new issue.