Club Penguin has released a new newspaper, for the 12th of July. This is the twenty eighth issue of 2012 and brings us to a total of 351 published newspaper issues.

The main headline is this week’s newspaper is about Cadence being at the Ultimate Jam. 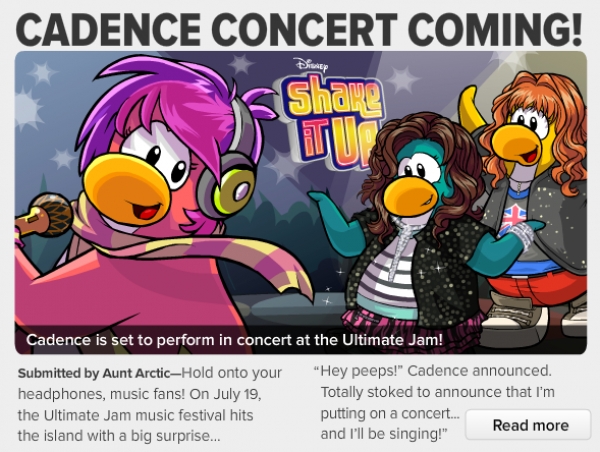 The second article in this newspaper is some information on the Ultimate Jam. 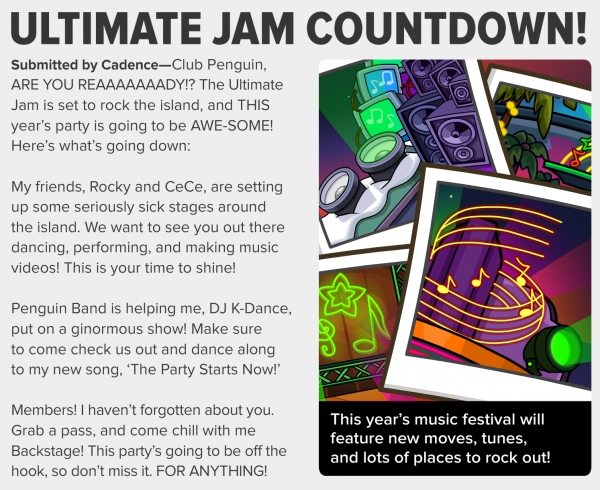 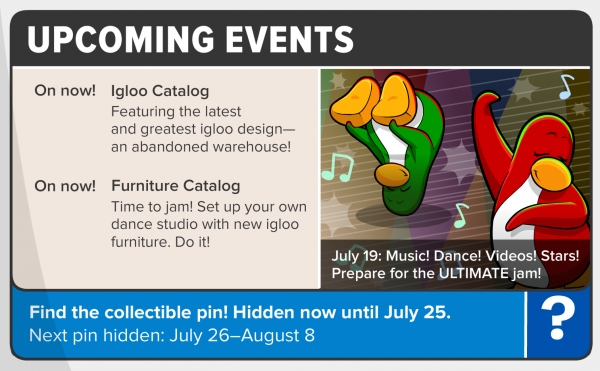 It is also worth mentioning that Ask Aunt Arctic has been temporarily changed to Ask Cadence.