Club Penguin has released a new newspaper, for the 17th of November. This brings us to the 317th issue.

The main headline is this week’s newspaper is about the Card-Jitsu Party 2011 Construction. 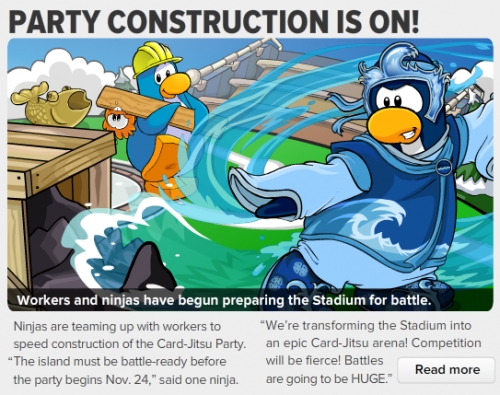 The second main headline in the newspaper is all about Battle of the Ancient Shadows, the all new stage play that will be released next week along with the Card-Jitsu Party. 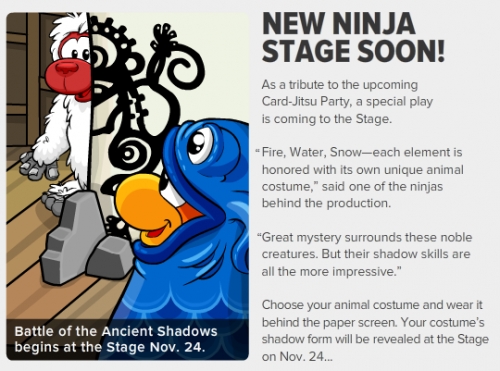 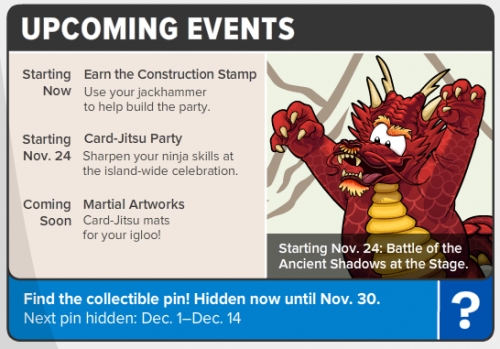