Club Penguin has released a new newspaper, for the 14th of October. This brings us to the 312th issue.

The main headline is this week’s newspaper is about the Halloween Party 2011, which will be released next week. According to Gary it will be Club Penguin’s spookiest and biggest Halloween Party yet! 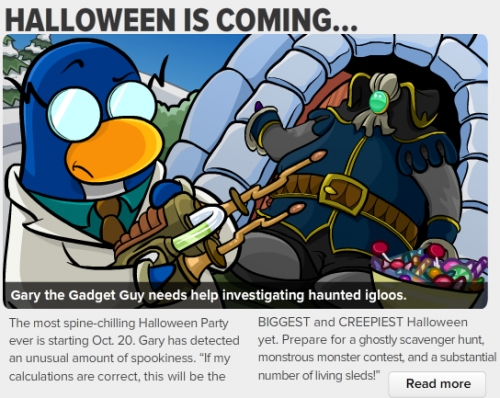 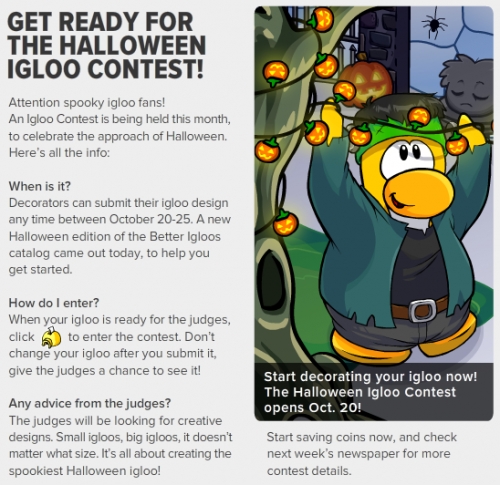 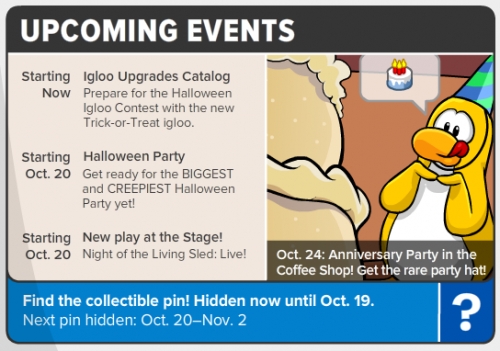