Club Penguin has released a new newspaper, for the 8th of September. This brings us to the 307th issue.

The main headline is this week’s newspaper is about preparing for this month’s party, The Fair. The party is set to begin on September 22nd and will include many cool things! 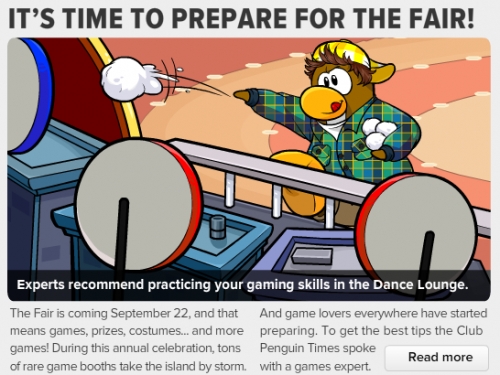 The second main headline in the newspaper is about all the new furniture catalog which contains a lot of Fair-themed items. 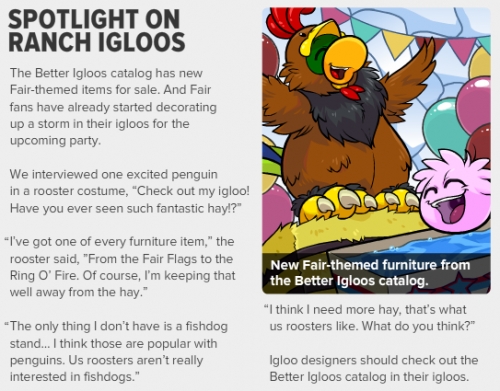 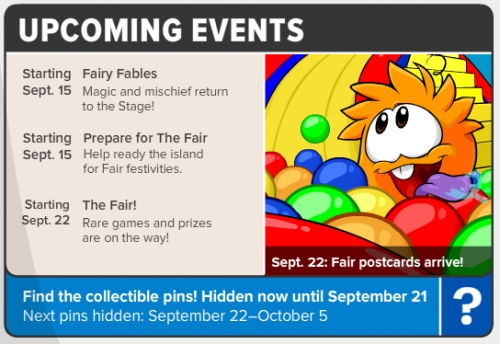