Over the past few days it’s been said by penguins that membership prices are increasing. This is true. A month of Club Penguin Membership has cost $5.95 in the past… 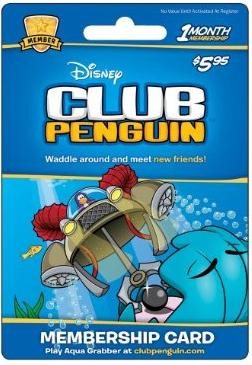 …however, they are raising their prices! A month of membership is soon to be $7.95 – in fact, some stores are already rolling out the new cards. Once the cheaper priced cards are gone, they are gone for good. Now would be a good time to stock up on the $5.95 ones! Here’s a picture of the new membership card from Yellowjojo: 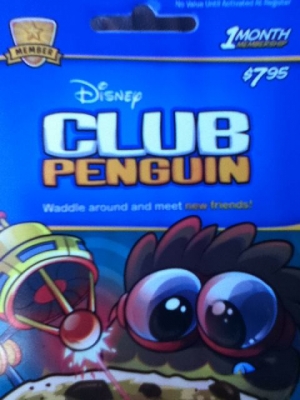 It’s not just monthly membership, either. It’s six months and twelve months too. Coolmario88 had recently emailed Club Penguin asking if it’s true the prices will be increased. They said yes, it’s due so many features being added, and with more revenue (from the increased prices) they can do more.

I’m half and half with Club Penguin’s decision. They do indeed have a lot of features. Membership prices have been $5.95 for a month ever since the birth of Club Penguin in 2005. Since then, they’ve added A LOT to Club Penguin. More rooms, more games, more catalogs, more items, more parties, more features such as stamps, more languages, more features, more tweaks, and even more mascots. It makes sense they they’re raising the price by a few bucks. They’ve expanded a lot. $5.95 is practically a steal. They finally decided to raise it because Club Penguin has a lot to offer. I don’t think this decision will sit well with some parents and kids, however. Oh well. What do you think of the price change?

6 thoughts on “How Much Does A Club Penguin Membership Cost? They’re Raising Prices”