Here at Club Penguin Memories, we focus on capturing the past of Club Penguin as you’ve probably figured out based on the website title and content. The other day I was thinking of some old memories from 2006, 2007, and 2008 on Club Penguin, and I was curious if any of you remembered any of them. These things include nubbing, flashing text, and more! If you remember some of these, comment sharing your memory!

The second thing is nubbing. Back before the Club Penguin Improvement Project you could only play Club Penguin in the small screen unless you played via their load.swf file. If you played on the load.swf file and hit F11 on your keyboard, you could do something called nubbing. Basically you went under the chatbar and other penguins playing on the load.swf file would join you, and you’d hang out and have a good time. It even sparked some clubs, such as the popular Nub Club. This was their advertisement for it:

Overlapping text was something you were used to do at the corner of the Dock, right by the entrance to the Beach. You could stand on the rocks and say something, and you’d have words overlap each other rather than taking up the whole chat bubble.

Another one that I loved was the bug to put floor furniture on your igloo wall. I would do this with the original speakers before we had the wall speakers. It was fun, yet hard to get it right. When you had a furniture item in the first row of your inventory you would quickly click it a lot, and if you’re lucky you would get it on the wall. You could also do this with wall items on the floor. 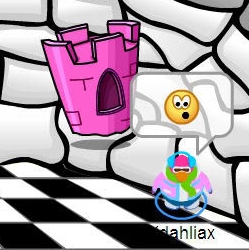 The robot dance was another bug. Before the Club Penguin Improvement Project you would have to close your playercard for the new outfit to show up, rather than it changing while you have your playercard up. You could have normal clothes on, open up your playercard, and put an item on such as the Pizza Apron & Chef Hat. When you dance you would do the Pizza Dance, and the current clothes that you had on would act weird. Penguins would do things such as juggle while doing the Lei dance.

You were used to be able to edit other penguins igloos! You didn’t actually edit them, as it doesn’t save. It’s kind of hard to explain, so here’s a video someone made in 2007. You can also see what igloos looked like before igloo backgrounds!

You were used to be able to briefly walk on water at the Dock. You would stand right by the Dock, and click the boat. When you did you’d walk over the water. Many penguins thought it was hacking, but it was simply a glitch! It was fixed a while ago, though… 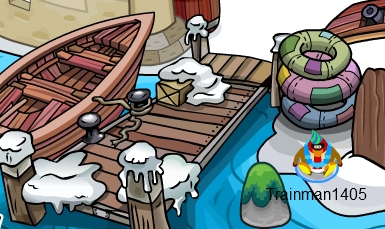 In addition to talking to the newspaper you could also dance with it. It involved using Club Penguin’s load.swf, as mentioned above in nubbing. You would open someone’s playercard and drag it to the left or right of the screen so you could only see the envolope icon on the playercard. You would then open up the newspaper and click the envelope. The newspaper would go away but your penguin would still be holding it. After you send the postcard to a penguin you would be able to dance and talk with the newspaper. Doesn’t it seem like Club Penguin used to be the bomb with fun bugs?

Walking on the Lighthouse wall was something I never figured out myself, but as soon as the Lighthouse was released in September 2006 this bug was discovered. After clicking in a few areas you would be able to walk all over the wall of the Lighthouse. Here’s a video showing how you were able to do it. Other penguins could see you do this.

That’s some of my memories! Another thing was penguins would always fill up their igloos with HDTVs and Dance Floors. It was an old fad…

One thought on “Do You Remember? [Club Penguin Edition]”