A few weeks before this party, there was a poll in the newspaper asking what new color the penguins wanted, Lavender or Lime Green. After the votes were counted, it was announced Lime Green had won. There was a small party for members at the Dojo. They got a Lime Green Cape, and early access to the new color. In the December 2006 clothing catalog, nonmembers could buy the color for 20 coins. 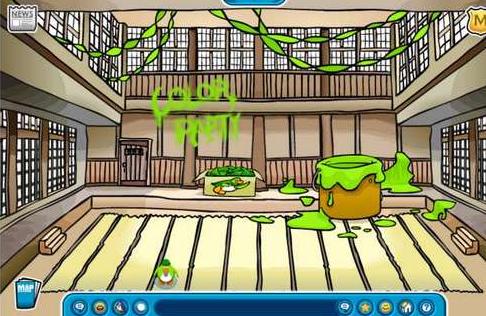