Catchin’ Waves is a game located at the Cove, which can be accessed from the Forest. There is four game modes. Two of them are for members.

To get as many coins as possible in this game do lots of tricks, getting a big combo.

An example trick would be grinding on the top of the wave. 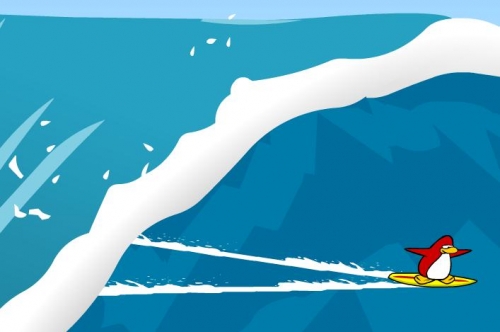 The higher the score, the more coins you will get at the end of the gmae.

If you wipe out you’ll get a few more tries until you run out of boards.

At the Cove there is also a catalog to buy other surfboards to use in the game. If you put it on your penguin and play the game your penguin will use it. You can also bring your Red Puffle into this game.