Club Penguin has released a new newspaper! This is their 10th of December edition. This is the fiftieth issue of 2015 and it brings us to a total of 529 published newspaper issues.

The first main article is about Coins For Change. 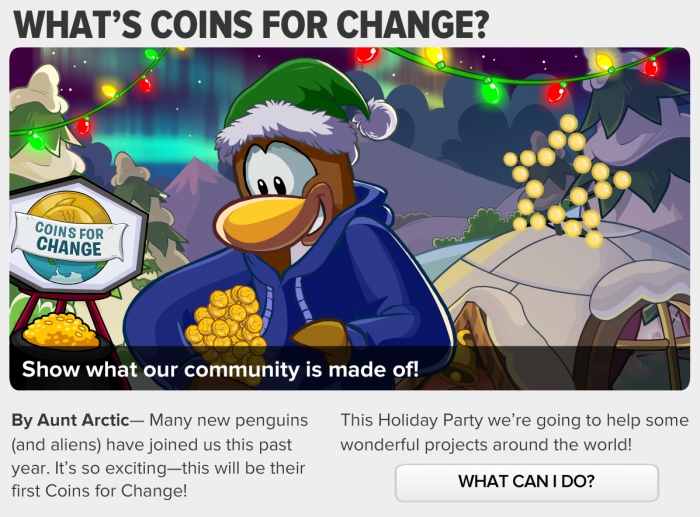 The second main article in this week’s newspaper issue is about Rockhopper being on his way to Club Penguin for the holidays. 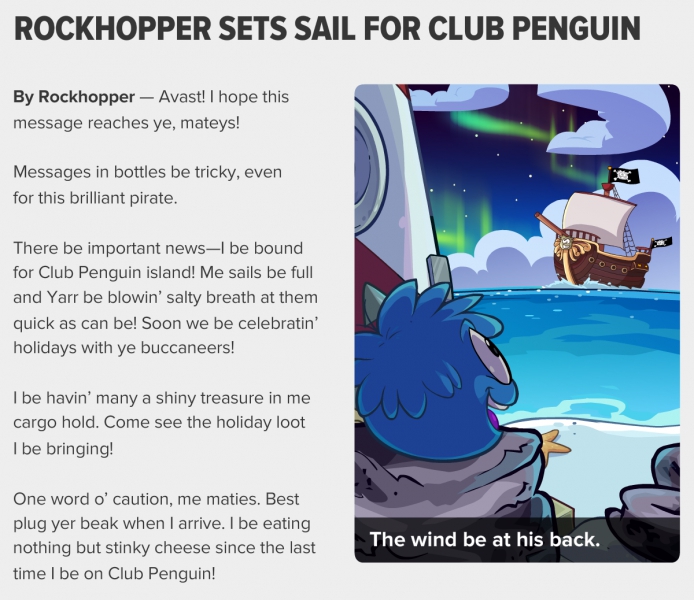 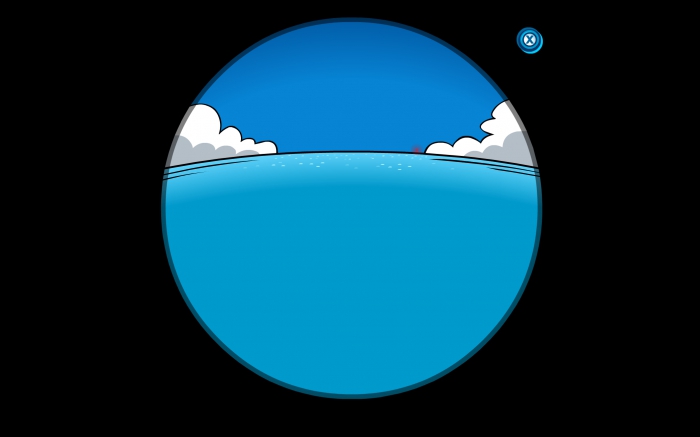 This week we have the island rumours section instead of upcoming events. It is foreshadowing next month’s Prehistoric Party. 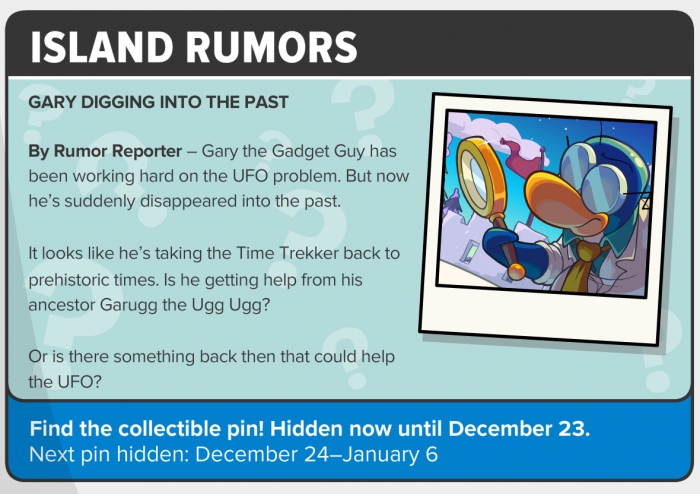