Club Penguin has released a new newspaper! This is their 3rd of December edition. This is the forty ninth issue of 2015 and it brings us to a total of 528 published newspaper issues.

The first main article is about the alien puffles setting in on the Club Penguin island. Their spaceship is here to stay until Gary comes up with an alternate power source for their ship….so what the heck was the point in restoring backup power during Operation Crustacean? 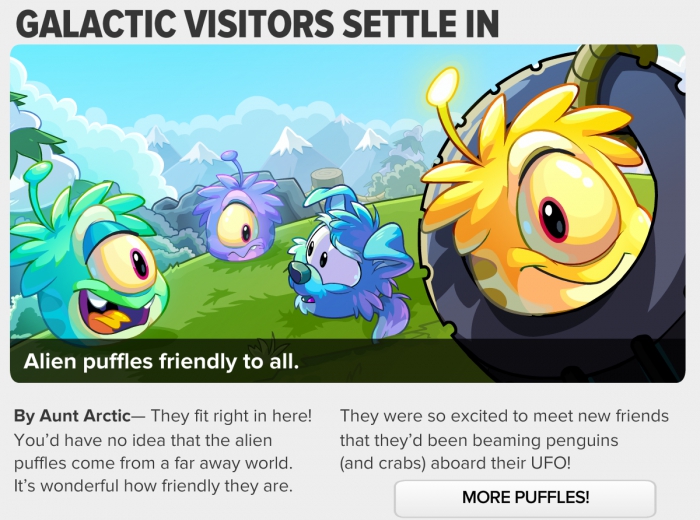 The second main article in this week’s newspaper issue is about this month’s igloo catalogue being the biggest ever. 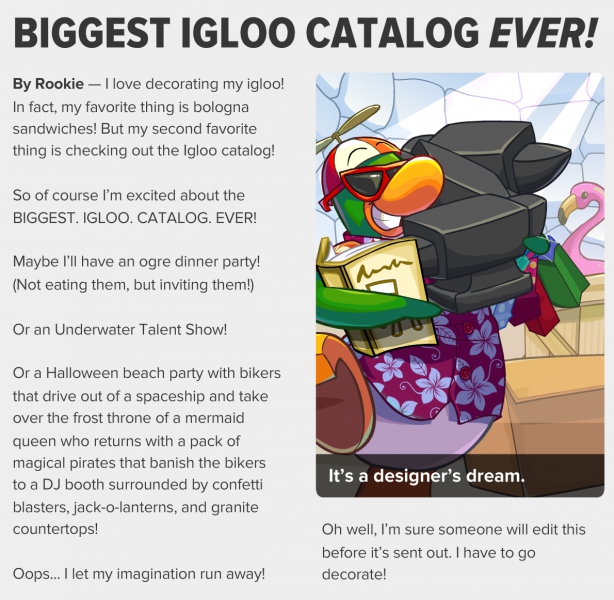 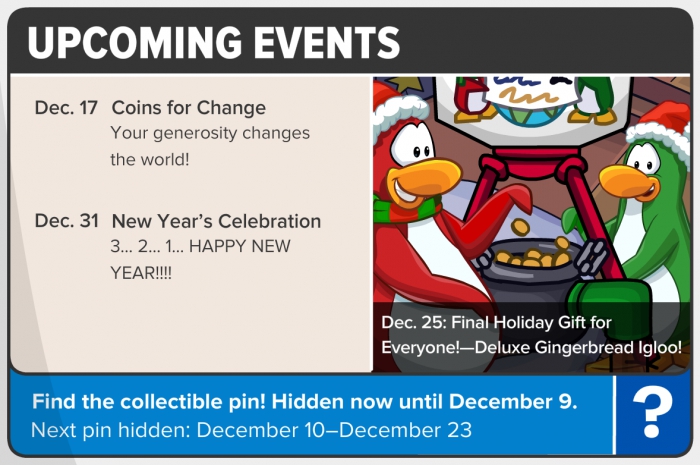