On the 18th of March there was one update. It occurred in 2011. The update was Squidzoid vs Shadow Guy and Gamma Gal being re-released at the Stage for the sixth time. It was previously at the Stage in August 2010. Like almost all re-showings of a play, nothing was modified. It was the same old set and catalogue. 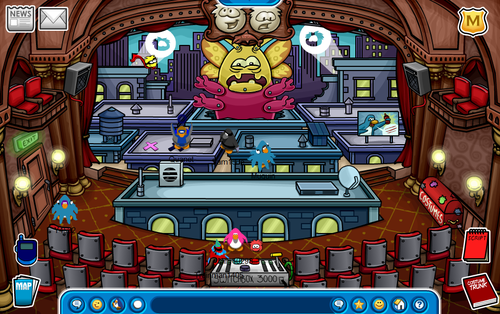