While it may not be the November 2014 launch that Disney’s Russian website said, but it’s close: the Club Penguin app is coming to Android next month. It will be available as a free download on Google Play. Hooray! 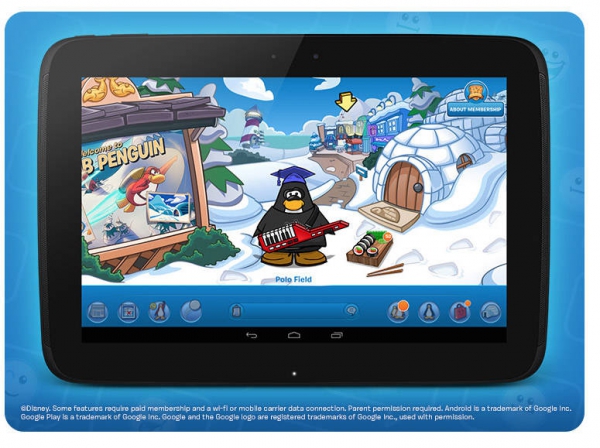 The app will be very similar to the iOS version in terms of features. You’ll be able to change your outfit, decorate your igloo, waddle around the island, and of course chat. At launch it will come with the following mini-games. Some are missing that are available on iOS, for example, such as Card-Jitsu Snow: