In 2008 the Fall Fair party was still going on, as it had begun a week before on September 26th. Since the party was not yet over Club Penguin updated the nonmember prize booth with more prizes, specifically adding the Blue Cotton Candy, Paddle Ball, and Carousel Background. There was a member prize booth at the party but no new items were added to it. 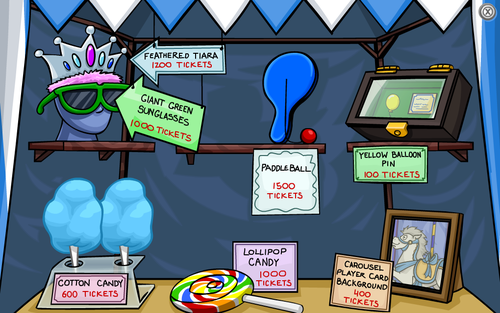 As for 2010 there were two updates. A login screen counting down to the Halloween Party was added and there was also the new October 2010 Penguin Style catalogue in the Gift Shop, no known as the Clothes Shop. Just like every Penguin Style released in October there were new Halloween costumes for members to purchase. The 2010 one contained outfits like The Count, (a Dracula inspired costume) the Lady Frankenpenguin, and the Witch Costume. 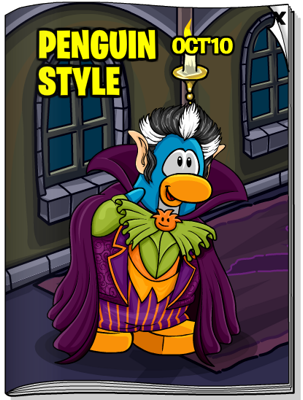