In September 2006 you could purchase the Lighthouse Shirt from the newspaper for 750 coins. The coins you spent to purchase the shirt went to help fund the renovations to restore the lighthouse. You could do this from September 7th to September 21st. The following day, September 22nd, is when the Lighthouse opened to the general public. The Penguin Band even performed to celebrate! 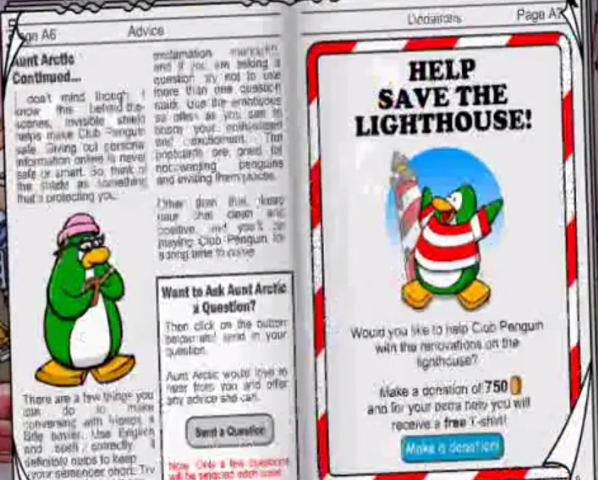 In 2010 there was one update. Club Penguin added stamps you could unlock in their Nintendo Wii game, Club Penguin Game Day. The Wii game was released September 17, 2010 in Australia and New Zealand, September 21st in North American and Latin America, and September 24th in the UK. These stamps are no longer unlockable as Nintendo shut down their online service.

As for 2011, there were multiple updates. Most minorly the postcards were updated. There was also a new pin, the Milkshake Pin. This pin was Club Penguin’s 179th pin and you could find it at the Dojo Courtyard. Finally, that month’s Fair was released. Rockhopper also arrived on the island to celebrate. 2011 was the first year the party was just called the Fair and not the Fall Fair. The party featured many games and prizes, as well as the Great Puffle Circus room. The Stadium was turned into a bumper car arena. 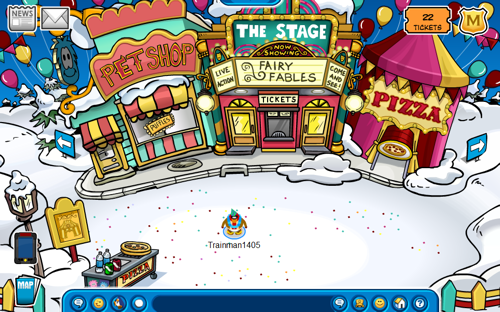