September 17th in Club Penguin history takes us to the year of 2010. There were four updates – Fairy Fables at the Stage, a new furniture catalogue was released for the month, the postcard catalogue was updated, and Rockhopper’s ship was almost gone in the telescope, as he recently visited the island.

The furniture catalogue featured some new back to school related items, as many penguins, myself included, go back to school in or around the month of September. 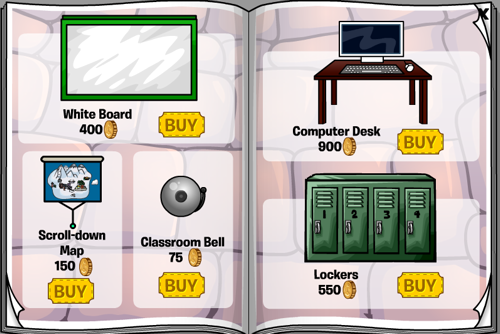 As for Fairy Fables, the September 2010 showing was same as all of the previous showings of it at the Stage. The postcard catalogue was updated to add the Fairy Fables postcard amongst other things. As for Rockhopper’s ship being almost gone in the telescope, I think that is pretty self explanatory.