Club Penguin has released a new newspaper! This is their 14th of August edition. This is the thirty third issue of 2014 and brings us to a total of 460 published newspaper issues. The main headline is this week’s newspaper is about the Frozen Summer Party, which begins next week on August 21st. 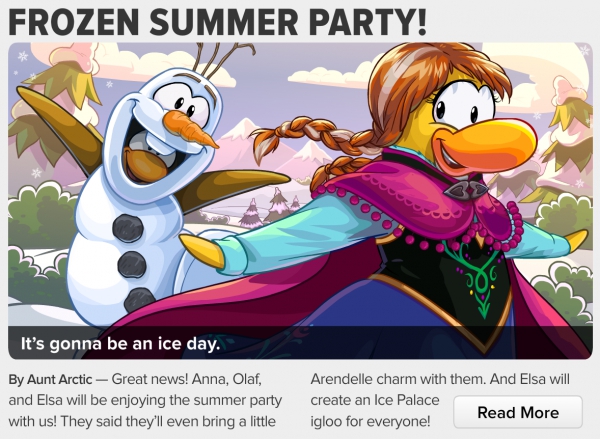 The second main article in this newspaper issue is about Rookie exploring the Forest. I wonder if he ran into the Sasquatch? 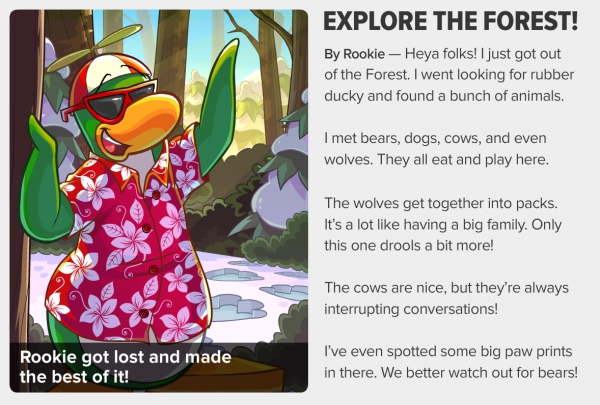 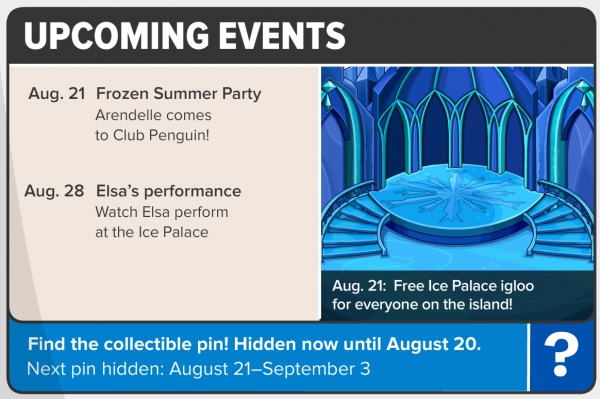 The upcoming events are as follows:

Be sure to check out page two of the newspaper for even more content.