Club Penguin has released a new newspaper! This is their 27th of February edition. This is the ninth issue of 2014 and brings us to a total of 436 published newspaper issues. There is a secret message from G in this issue.

The main headline is this week’s newspaper is an interview with the Penguin Band. 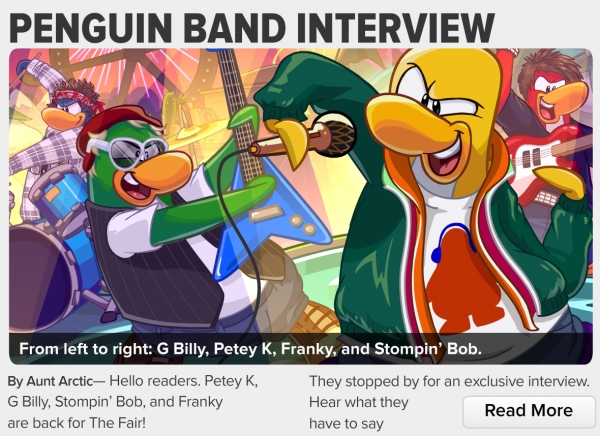 The second main article in this newspaper issue is a message from Rockhopper to Rookie. 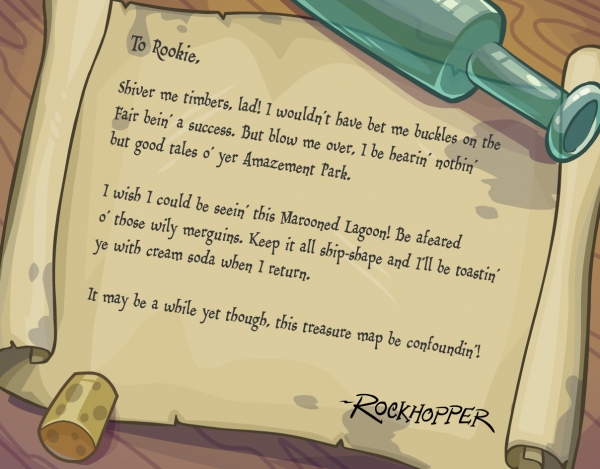 Shiver me timbers, lad! I wouldn’t have bet me buckles on the Fair bein’ a success. But blow me over, I be hearin’ nothin’ but good tales o’ yer Amazement Park.

I wish I could be seein’ the Maroon Lagoon! Be afeared o’ those wily merguins. Keep it all ship-shape and I’ll be toastin’ ye with cream soda when I return.

It may be w hile yet though, this treasure map be confoundin’! 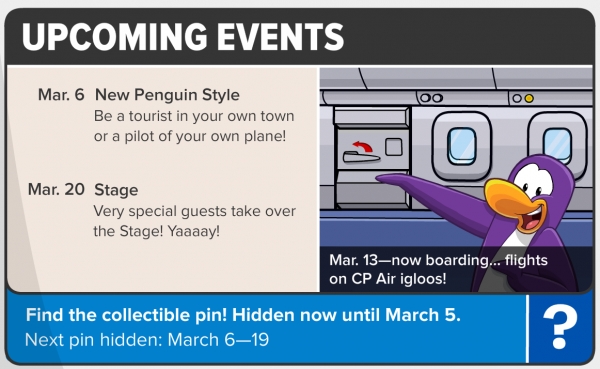 Be sure to check page two of the newspaper for other content! There is a secret message from the EPF in the final frame of the comic Put your mouse where the EPF logo is and click it. Thanks Kevin! 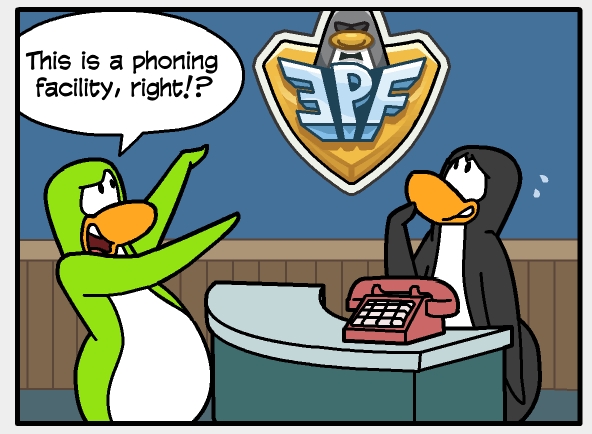 This is the message: 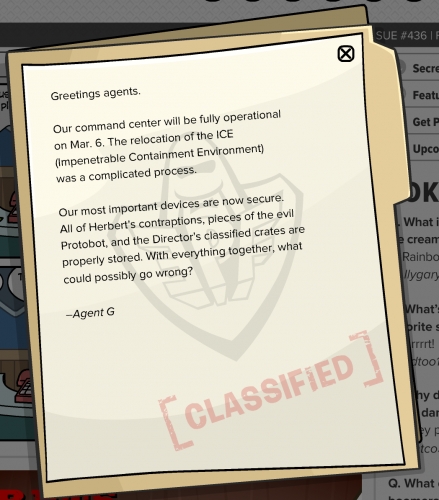 Our command center will be fully operational on March 6th. The relocation of the ICE (Impenetrable Containment Environment) was a complicated process.

Our most important devices are now secure. All of Herbert’s contraptions, pieces of the evil Protobot, and the Director’s classified crates are properly stored. With everything together, what could possibly go wrong?