Club Penguin has released a new newspaper! This is their 28th of November edition. This is the forty eighth issue of 2013 and brings us to a total of 423 published newspaper issues.

The main headline is this week’s newspaper is by Dot. She talks about being inside Herbert’s Lair. 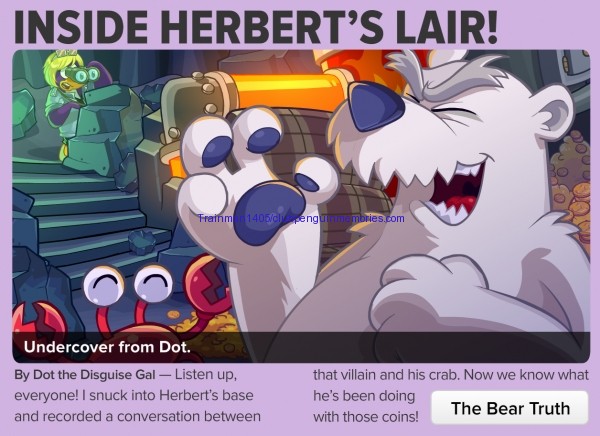 The second main article in this newspaper issue contains an article where Gary warns we need to prepare for danger. He is hard at work coming up with a solution to Hebert controlling the minds of Puffles! 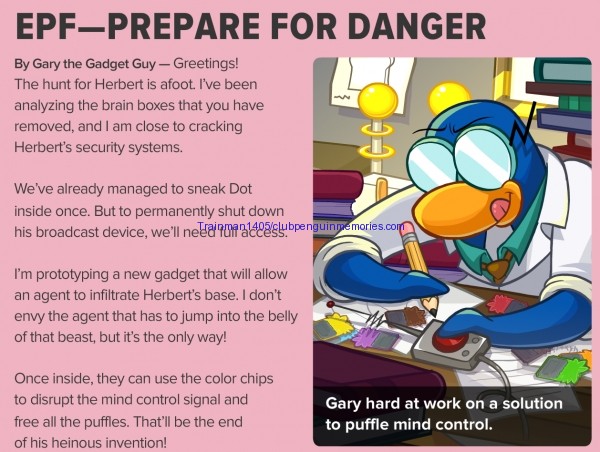 Here are the upcoming events: (on now is not an upcoming event, Club Penguin!) You can see a sneak peek of one of the new costumes that will be in next month’s Penguin Style: 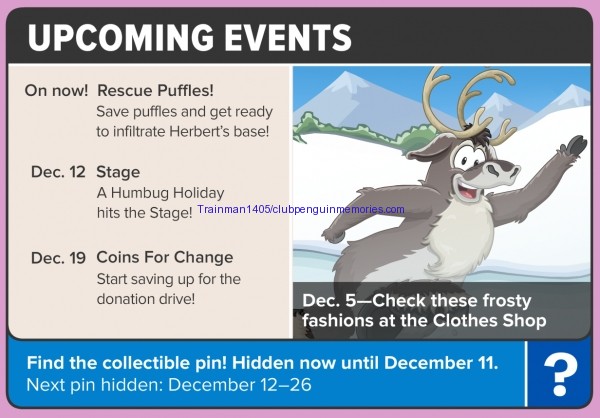