Rumour has it that Aunt Arctic will be showing up at the anniversary party later this month like she usually does, however if you’d like a chance to meet her in the meantime you’re in luck! Continuing celebrating five years of Club Penguin in Portuguese, Gajotz has announced four different meetup times to meet Aunt Arctic (Tia Arctic) on the Portuguese Club Penguin Blog. They’re all tomorrow, Friday the 4th of October. They are all in Portuguese servers and the times are all PST. 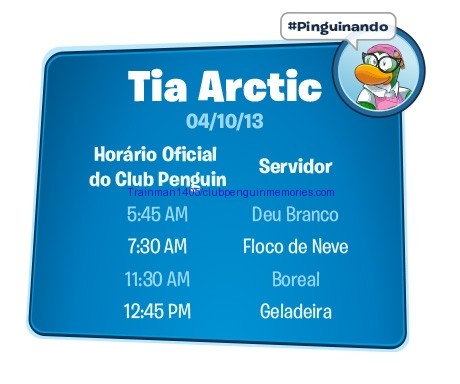