Club Penguin’s Cove room, which was released along with the Forest room in May 2007, has gotten an updated look! Ever since November of last year Club Penguin has been giving their older rooms all new looks, starting with ones such as the Town and Plaza and working their way towards others too. The room’s overall design looks the same, with the main new features being the first aid area and the surf shack. Other than that there have been some updated graphics. Go over to the surfboard if you wish to play Catchin’ Waves. 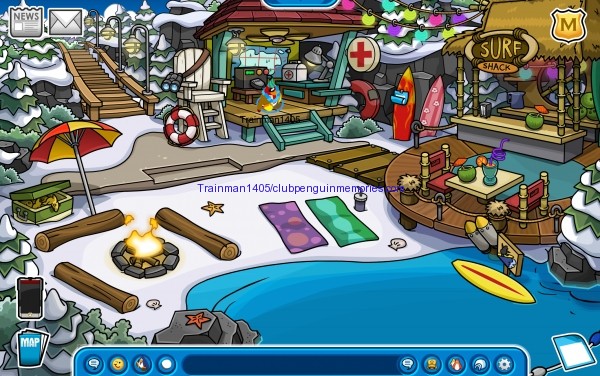 How do you like it? I think it’s alright, but a bit too crowded…I prefer the old design.