Episode 3 of the Club Penguin Card-Jitsu Snow Quest featuring Polo Field and Daffodaily5 is now out! Just like the first two it is going to be continued tomorrow. I like the map joke in this one…lol! Here it is:

I’ve been told by several Field Friday attendees that Polo Field said the Ninja Hideout is going to be removed. I never got around to posting about it unfortunately, but I guess I don’t have to since I can just mention it here! Instead, you’ll just take the three paths to wherever you want to go. On the far left is fire, next to that is water, and on the right side is snow. 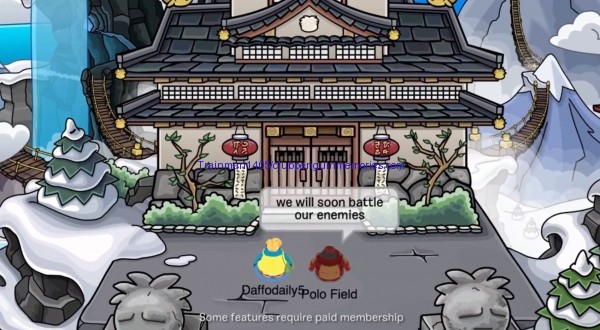 The dojo seems kinda small when it’s not as wide…how does a room that takes up half the screen in the video take up a full screen once inside? :P